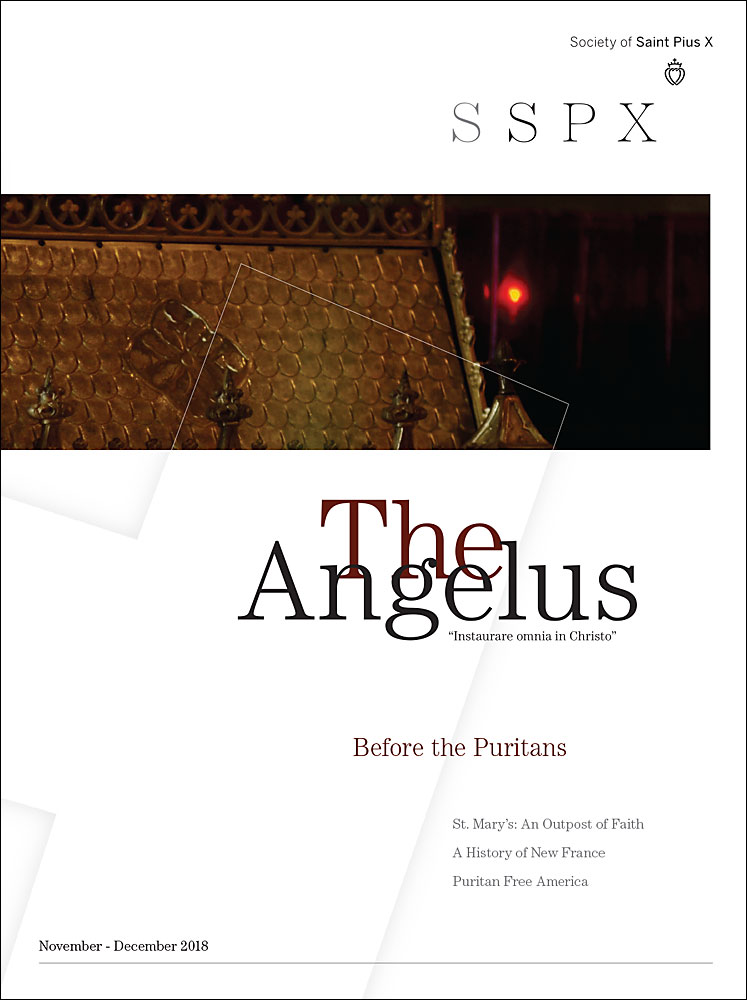 Saint Mary’s An Outpost of the Faith

How one town in Kansas keeps Catholic Tradition alive and thriving.

Civilization, Colonization, and the Missionary Spirit

On Catholic Europe's missionary spirit in the New World.

How the Jesuits worked to spread the Catholic Faith among the Native peoples of North America.

The Hudson River Valley, Washington Irving, and a Puritan-Free America

What was Catholic America and what did it mean before the time of the Puritans?

The Sacrifice of the Cross, Made Visible

On the life and witness of Padre Pio.

The Kyrie and Gloria

An analysis of the place of the Kyrie and Gloria in the traditional Latin Mass.

Extracts from Pope Pius XII's 1951 encyclical on the Missions.

A timely lesson for the Christmas Season.

San Agustín, Florida and the City of God

Some remarks on St. Augustine's most famous work.

A History of Catholic Liberalism

On the history and perils of Catholic liberalism.

On St. Anne de Beaupré, one of the major pilgrimage sites in the Americas.

The Forgiveness of Offenses

Why and how we must forgive others.

Miracles and the Laws of Nature

Are miracles and hte laws of nature at odds?

On the origins and nature of various types of addiction.

What is "human dignity" and why is it a problematic concept?

We must renew our commitment to the Great Commission.