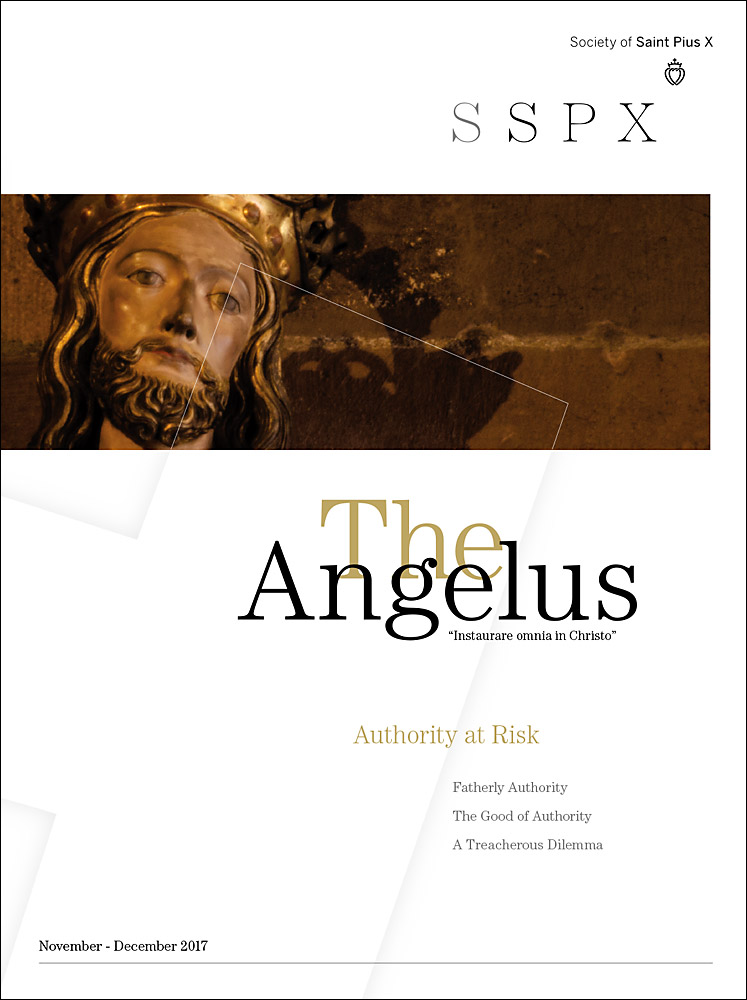 The onslaught against authority, particularly in the United States, is unrelenting. From parents to the president, is any form of authority safe?

Catholic fathers face a particularly daunting task, namely to act as proper heads of their respective households without succumbing to either neglect on the one hand or authoritarianism on the other.

“Learn from me”: Aspects of Authority in Frankenstein

A meditation on the role of authority in one of the most famous novels of all time, Frankenstein.

The Good of Authority

A learned rebuke to the liberal attack on authority, particularly liberalism’s usurpation of natural law.

Music on the Rocks

Does rock n’ roll undermine authority? This article presents an argument as to how and why.

A timely defense of Archbishop Marcel Lefebvre’s stance against the authorities in the Church and why it was not an attack on ecclesiastical authority per se.

Feasts of Our Lady: The Immaculate Conception

A thoughtful historical-liturgical analysis of the Feast of the Immaculate Conception.

Should we make life decisions based on a mere cost/benefit analysis or is there an authentically Catholic approach?

An excerpt from an oft-neglected but particularly important encyclical of Pope St. Pius X.

An overview of the origins, meaning, and effects of secularism in the modern world.

The Authority of the Benedictine Abbot

A brief spiritual reflection on the role of authority in the life of a Benedictine abbot.

A historical survey of the place of St. Andrew the Apostle in Christian art.

A powerful critique of the role Protestantism has played in destroying the foundations of authority in the West.

A detailed theological and canonical analysis of the sacrament of marriage and the SSPX’s right to celebrate the sacrament.

A reminder that authority begins in the home.