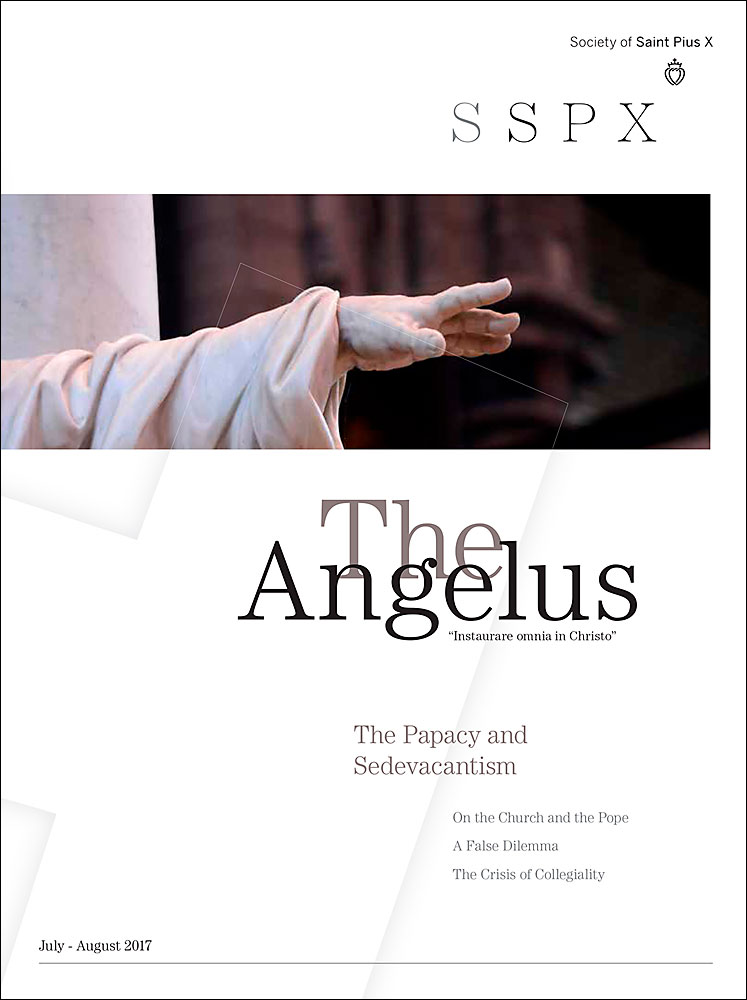 As always in Church history but more now than ever, the solution to the crisis rests in Peter’s hands. Pope Francis, not unlike old St. Peter, seems to be in chains, and the Church’s duty is to ardently pray for his liberation.

On the Church and the Pope

On this extraordinary trial regarding its popes, we have what the history of the Church tells us and what Revelation on the Church does not tell us.

What is the "living magisterium" and what does it mean for traditional Catholics today?

The Crisis of Collegiality

A history of the concept of collegiality with an examination of where it conflicts with the traditional understanding of the Church's governance.

Fifteen Questions from Men--15 Answers from the Pope

A list of 15 questions that have received surprising, if not unsettling, answers from Pope Francis.

Archbishop Lefebvre and the Bishops

On Archbishop Marcel Lefebvre's relationship to the episcopate during his lifetime.

Feasts of Our Lady--The Assumption

A detailed historical and liturgical analysis of the Feast of Our Lady's Assumption, including an account of how this feast developed in the West.

Excerpts from one of the most cited but misunderstood texts in recent Church history: Pastor Aeternus.

A Dominican in Time of Crisis

A thorough account of the life and thought of Rev. Roger-Thomas Calmel, a holy Dominican who stood firm for the Faith.

Faith in the Benedictine Abbot

St. Benedict, when describing the abbot in a monastery, lifts his monks to a supernatural level. The superior is “believed to be the representative of Christ.”

Dispute around a Dunghill

A reflection on the Book of Job.

A Lenten sermon by Archbishop Lefebvre on the problem of religious ignorance in the world today.

Cultural Patronage--Music and the Papacy

Throughout the history of Western civilization, no institution has provided more meaningful patronage of the arts than the Catholic Church, often under the personal direction of the pope.

On the importance of parents working together for the greater good of their children.

The Question of Papal Heresy

A detailed theological study on the topic of the papacy and heresy, including whether a pope who has fallen into heresy is still the pope.

As paradoxical as it will appear to some, Archbishop Marcel Lefebvre too was a pillar and a defender of the papacy even throughout the storm that he traversed during the last 30 years of his life.