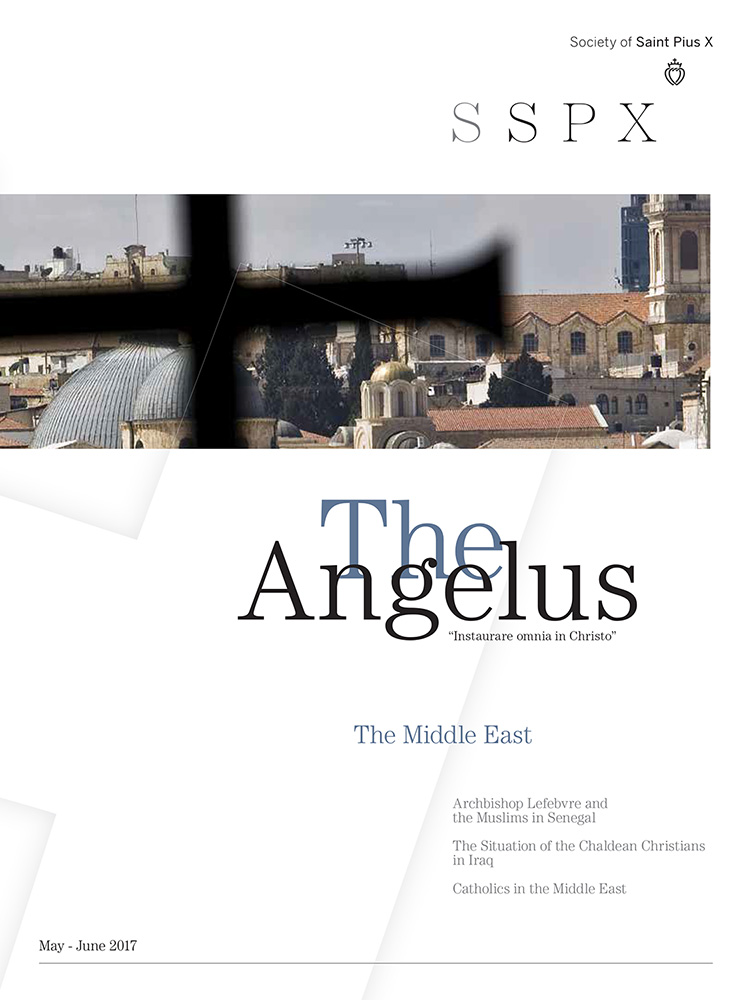 At least in living memory, the Middle East has never enjoyed a lasting and real peace. Lately, however, because of the internal wars among diverse Muslim factions, the conflict has shifted and broadened.

Archbishop Lefebvre and the Muslims in Senegal

An overview of Archbishop Marcel Lefebvre's apostolic work in Gabon prior to the Second Vatican Council.

A Closer Look at Immigration

With immigration -- specifically Muslim immigration -- now at the forefront of political debate, what does the Catholic Church actually teach on the matter?

Christians in the Middle East

An examination of the various Christian ethnic and confessional groups in the Middle East, including a breakdown of which are currently part of the Catholic Church.

A large excerpt from Pope Leo XIII's encylical on the Eastern Catholic churches which upeld their rights and dignities as self-governing churches in communion with Rome.

On the history of Mount Carmel and the emergence of the Carmelite religious order.

Bastion of the Faith

On the life and witness of Cardinal Alfredo Ottaviani, a champion for Catholic Tradition at the Second Vatican Council and important critic of the Novus Ordo Missae.

The participation of the Church to the Passion of Her Divine Founder anticipates the dawn of a spiritual and civic resurrection.

We cannot deny that regular use of the internet and digital screens deeply modifies the habits of life and the amount and nature of leisure.

The Pilgrimage of Life

In a sense, we are all pilgrims seeking refuge from this hostile world governed by the Prince of lies. We are travelling through the trials and hardships of this life seeking the kingdom of heaven.

An examination of the life of St. John the Baptist with references to the depiction of the last prophet's life in great works of art.

A stunning comparison of America's civic religion of Pluralism and the Islamic religion with an analysis of where the two ultimately clash.

Cleanliness and modesty in dress go along with bodily cleanliness.

Question and answers concerning godparents, marrying an illegal immigrant, and the position of the Eastern Orthodox Church on contraception.

A first-hand account from a priest of the Society of Saint Pius X on the challenges and perils of converting Muslims in Lebanon today.

A letter and editorial response concerning the recent issue of The Angelus on politics.

The story of a young Muslim girl wishing to convert to the Catholic Faith.