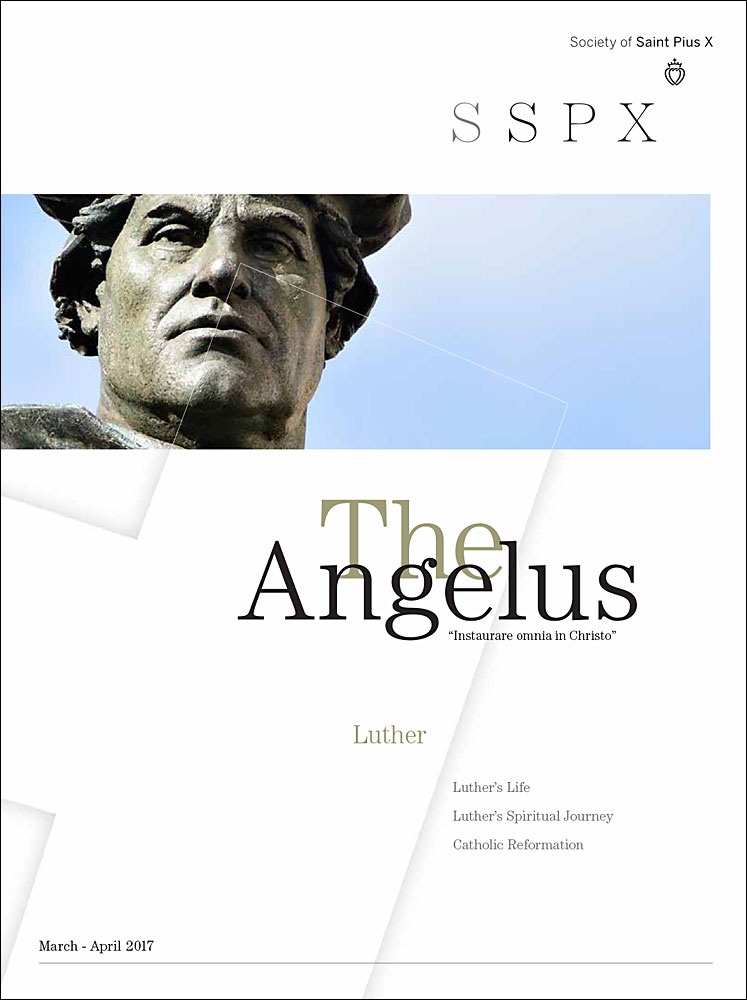 Rejection of the Church’s authority instituted by Christ on earth is not the way to order and peace, but to chaos and bloodshed.

It has been rightly said of Luther that to know the doctrine is to know the man: his struggles became the root and foundation of his new theology.

Luther’s action is generally considered the beginning of the so-called “Reformation”—rather, a revolution, the destruction of the faith and an apostasy and rebellion against Our Lord and His Church.

By starting from a common ground—respect for the thoughts of St. Augustine—we may have a more effective means of bringing Protestants to a proper understanding of the true nature of Sacred Scripture.

Though often ignored by historians of Protestantism, the Reformation's impact on the Christian East continues to this very day.

An Interview with a Convert from Protestantism

A former Protestant's account of her slow but steady journey to Catholicism by way of Eastern Orthodoxy, along with some reflections on the nature of contemporary Protestantism.

Catholic Reformation and the Never-Ending Battle Versus the

The proponents of false traditions in the first half of the 16th century did not see that their standard operating procedures were helpless to deal with the disaster of 1527.

Tradition a Treasure Received to be Handed Down

Feasts of Our Lady: The Annunciation

The antiphons for Vespers on the Feast of the Annunciation, when joined all together, form a “little Gospel,” as it were, succinctly recapitulating this miraculous event.

November 1st, the Feast of All Saints, is fundamentally an anti-ecumenical day, a day which Catholics and Protestants can never celebrate together.

An Irish Writer and Apostle for Christ the King

On the life and Catholic witness of Fr. Denis Fahey, a champion for Christ the King.

God asks us to change our lives by accomplishing His will. Christ teaches us to break with sin and practice virtue in order to find peace of soul.

A history of the monastery of Mont Saint-Michel, one of the true wonders of the Catholic Church.

A reflection on helping children come to terms with the tragedy of death.

Bishop Bernard Fellay's sermon discussing the nature of a "pastoral council" and whether or not it can be debated openly.

Isn’t the sacrament of marriage great because it signifies the union of Christ and His Church on the Cross, which is the Holy Mass?