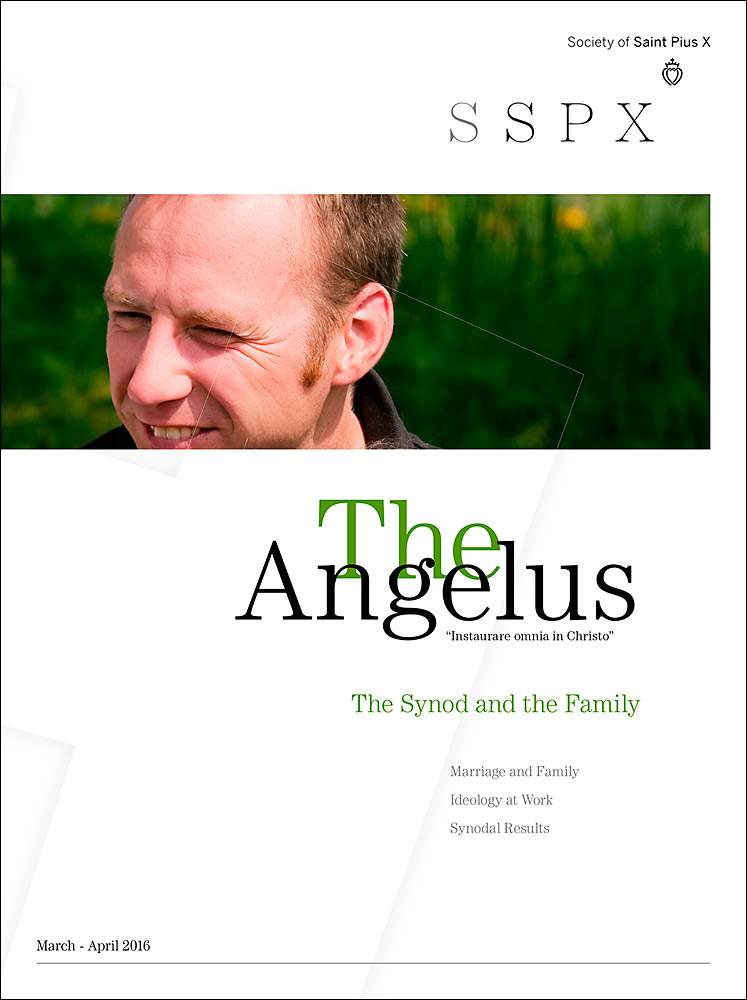 2015 will go down in history as the year which delivered a major assault on the family.

Marriage and the Family

Extracts from the Preparatory Schema to Vatican II

A Catholic doctor defends life and family at the Synod

After the 2015 Synod, perhaps more than ever in the history of the Church, we have to make an act of blind faith in the promise of indefectibility made to Peter . . .

A Season for Everything

Synods; past and present

The relationship between parents and their children, and between the family and the state.

Their history and meaning.

Archbishop Lefebvre on the responsibilities of parents

Salvation through the Family

To fallen human nature, the Catholic family is salvation, the exalted means to eternal happiness, the triumph of prudence.

The history of the church, its return to tradition, along with a detailed description its treasures.

The Synod of Adultery

An assembly of Bishops in the ninth century, made history when they wanted to approve the praxis of a second marriage after the repudiation of a legitimate wife. St. Theodore the Studite . . . opposed it . . . vigorously and for this was persecuted, imprisoned, and three times exiled.

What it means to be Catholic parents in the 21st Century.

Angelus Press interviews Fr. Franz Schmidberger on his 40th anniversary of his priesthood.

The Most Holy Virgin Mary, model and guide of every Christian, but most especially, of the Christian wife and mother.

Back to basics, to the basics of our faith in the sacrament of matrimony!