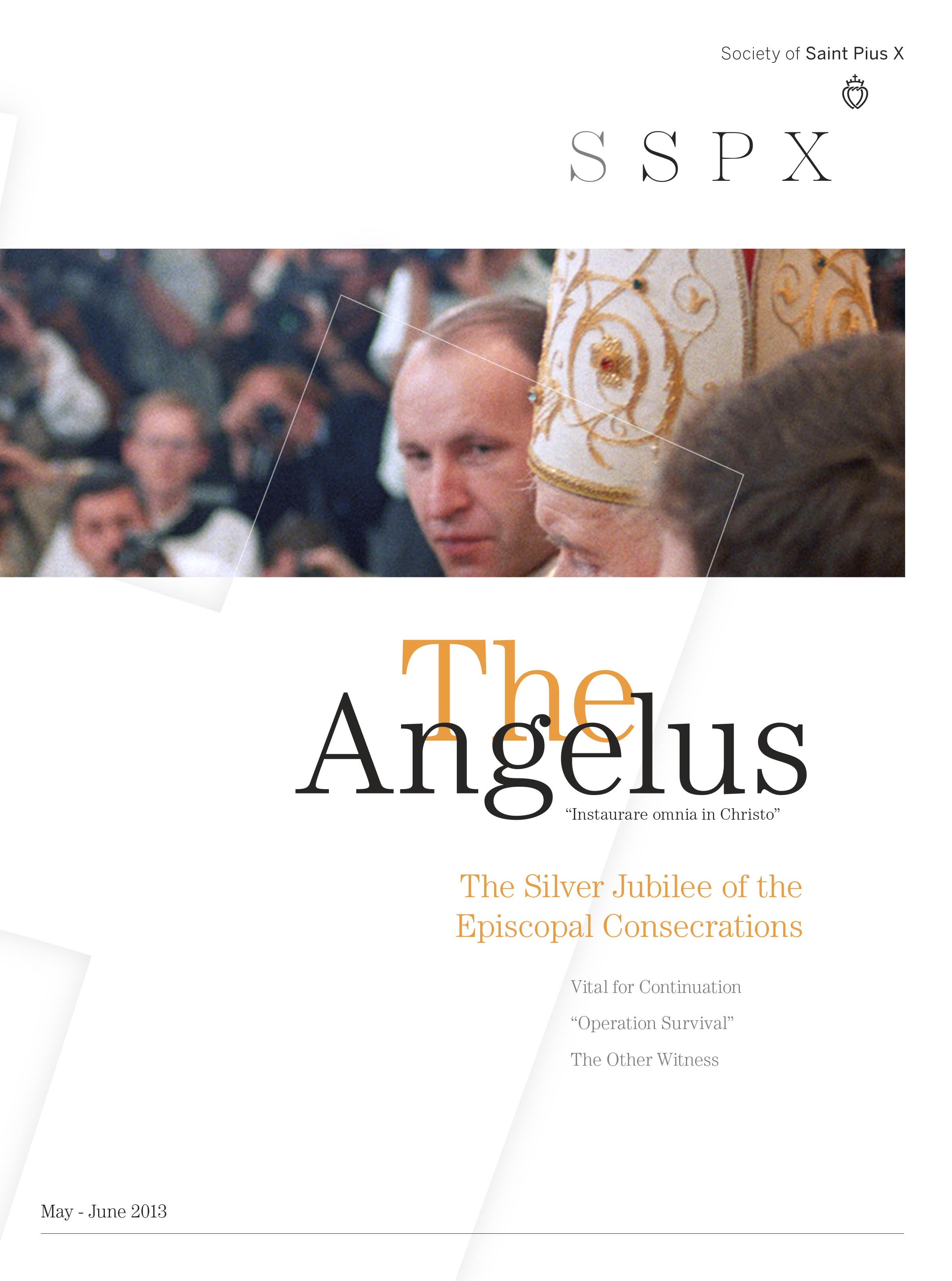 The 1988 Consecrations Vital for Continuation

At the beginning of the rite of consecration the following dialogue takes place between the consecrating bishops and the Archpriest who presents the bishops-elect for consecration:

Just as society needs fathers of families, so does the Church. This explains why the consecrations held June 30, 1988, was the “Operation Survival” of Tradition.

If the witness of one can easily be discarded, this is not so with that of two persons. Divine Providence afforded indeed a second witness for the momentous act of the episcopal consecrations.

Given his advancing age and failing health, as well as the reluctance of  the authorities in Rome to deal seriously and honestly with the Society of St. Pius X, Archbishop Lefebvre was faced with a serious and inevitable decision, with far-reaching  consequences for the Society he founded and for the Church herself.

This ancient practice of going on pilgrimage is so much part of our Catholic heritage that wherever and whenever possible the Society seeks to promote and encourage it in a lively spirit of devotion to God, the Blessed Virgin, and the Saints.

For us, the city of Rome, not Jerusalem, despite its significance in the history of salvation, is the Holy City. In the words of Archbishop Lefebvre, we are Romans.

The second great pilgrimage site so dear to faithful Catholics is the village of Fatima in Portugal where Our Lady appeared to three young children from May 13 to October 13, 1917.

Throughout the entire Catholic world and beyond, two place names have almost universal recognition and both are associated with our Blessed Mother: Lourdes and Fatima.

Why We Need Bishops

Without the bishop, Christ would no longer be present on earth. He is the one who realizes in himself the words of St. Paul to the Corinthians: “For although you have ten thousand tutors in Christ, yet you have not many fathers. For in Christ Jesus through the Gospel did I beget you” (I Cor. 4:15).

The Growth of the Society

To assure the continuation of this apostolate our founder prudently decided to consecrate four bishops who have since traveled the world continuing the work of the Archbishop by establishing and developing the apostolate, by preaching, ordaining priests and administering the sacraments.

The announcement of a new seminary for the Society of St. Pius X in Buckingham County, Virginia, near Charlottesville, to replace the seminary in Winona has been a cause of great joy as well as sadness at leaving such a beloved place of study and formation.

In the priories of the Society of St. Pius X, which number over a hundred throughout the world, the ideal of the priestly life is lived in a spirit and bond of apostolic charity.

The various branches of religious Sisters in the Society of  St. Pius X owe their existence and inspiration to Archbishop Lefebvre  and also to his blood sister Mother Mary Gabriel.

The Catholic school aims to form well-developed, well-educated and committed citizens for the benefit of both Church and State.

At the new trade school, boys struggling under the weight of studies that were too abstract are now radiant with the joy of their duty of state and the knowledge of a job well done that will last and give delight to the eye.

One of the most important works of the Society of St. Pius X is the preaching of the Spiritual Exercises of St. Ignatius of Loyola.

Given the situation at the present time it has become very difficult for families to care for their elderly parents at home. So a new opportunity for the apostolate has opened up for the Society, the spiritual and physical care of the aged in our own Care Homes.

In India we in fact work with two orphanages, bringing material and above all spiritual support.

The recent acquisitions since the purchase of St. Joseph’s, such as that of Our Lady of Compassion in Paris and the former convent of the Sisters of the Presentation in Saint Cesaire, Quebec, have no other purpose than to draw souls to God.

The Role of Bishops in the Church

In his letter to the bishops-elect on June 13, 1988, Archbishop Lefebvre wrote: “Your function will be to give the sacraments, and to preach the Faith.”

The Consecrations of 1988: Necessary for the Church's Survival

Fifty years after Vatican II and 25 years after the consecrations, it is hard to argue that the salvation of souls has not been placed in dire peril by the innovations of the Council.

We can draw a striking parallel between Abraham and our venerable founder, Archbishop Lefebvre. For many years, even decades, Marcel Lefebvre was an exemplary and highly respected priest who subsequently grew into a renowned bishop.