How a 12th Century Abbot Influenced the Prairies of America 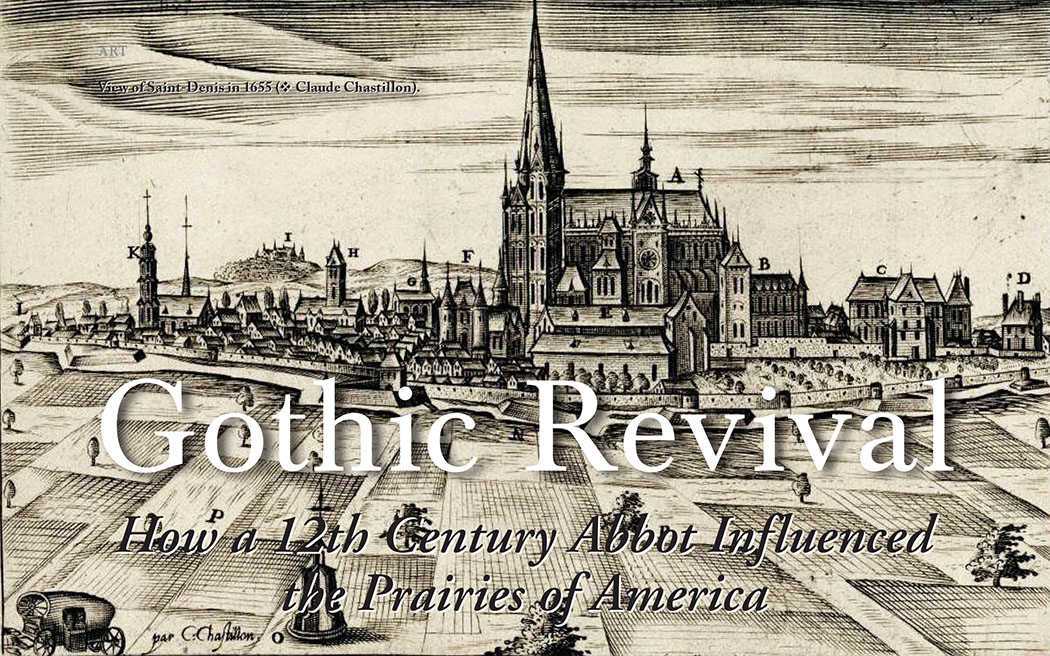 Abbot Suger of Saint-Denis was no stranger to influence and power. From unknown origins, he rose to become not only a confidant to two kings of France in the 12th century, but with the construction of the Basilica Cathedral of Saint-Denis, also started arguably the most important architectural shift of the second millennium—the Gothic style. This pedigree notwithstanding, he could have never dreamed that his vision, after falling out of style, would again take root in a yet-unknown world, some 700 years after his death.

Ecclesiastical architecture is in constant tension between new and old. Today, many Catholics rebel against any whiff of innovation in sacred design, but for centuries, innovation and experimentation was the norm, indeed, celebrated. But as with all things, design is cyclical. When one style gets pushed to its maximum, another trend takes hold, and often, this trend will leapfrog backwards, taking cues from a previous generation’s expertise.

In painting and sculpture, we see this most clearly with the Renaissance, when artists made a conscious effort to look back to Ancient Rome and Greece and reflect in their compositions those humanist, pagan roots. Architecture took a bit more time to reach back to Classicism, but it exploded on the American scene with the Neoclassical forms seen in the Lincoln Monument, White House—essentially most of the buildings surrounding the National Mall and many federal and state buildings built throughout the nation in the 19th century.

Meanwhile, Protestants, chief among them the Anglicans, after several generations of usurping Catholic churches, needed to build new churches. So where should they get their inspiration, if not Neoclassical? A Catholic would say the answer is obvious—go back to the magnificent Renaissance and Baroque cathedrals and basilicas of Rome, Spain, and Florence. But for the Anglicans, this was more distasteful than pagan connotations—after all, fundraising through indulgences for the greatest Baroque church in the world, St. Peter’s, was one of the causes of the Protestant revolt.

No, “that papist excess” had no place in Protestant architecture. But Gothic architecture—now, this was “pure” and worthy of their places of worship. And so they built, in Gothic Revival.

Gothic Revival also took on political connotations; with the “rational” and “radical” Neoclassical style being seen by many as associated with republicanism and liberalism (as evidenced by its use in the United States and to a lesser extent in Republican France), the more spiritual and traditional Gothic Revival became associated with monarchism and conservatism, which was reflected by the choice of styles for the rebuilt government centers of the Palace of Westminster in London and Parliament Hill in Ottawa. In Contrasts: or, a Parallel between the Noble Edifices of the Middle Ages, and similar Buildings of the Present Day (1836), the architect of Westminster, A.W.N. Pugin expressed his admiration not only for medieval art but for the whole medieval ethos, suggesting that Gothic architecture was the product of a purer society.

This movement swept across the pond, with scores of Protestant churches breaking ground in the mid-1800’s, most notably Trinity Church in New York City and the Cathedral Church of Saint Peter and Saint Paul in Washington, D.C. But Catholics on the American continent had no intent on allowing Protestants a monopoly on this exciting new revival, and set to work themselves.

Notre-Dame Basilica in Montreal is perhaps the finest Gothic Revival Catholic church on the continent, and certainly in Canada. The interior of the church is amongst the most dramatic in the world. The vaults are colored deep blue and decorated with golden stars, and the rest of the sanctuary is decorated in blues, azures, reds, purples, silver, and gold. It is filled with hundreds of intricate wooden carvings, and remains the greatest of the grand Catholic churches of French-speaking Canada.

In New York, the great St. Patrick’s Cathedral, completed in 1878, stands as a monument to both the American Catholic explosion in the late 19th century as well as the Catholic history of Europe. In fact, it would be difficult at first glance to be able to discern notable distinctions between St. Patrick’s and the grand Flamboyant cathedrals of France in the late Gothic period. Walking into Saint Patrick’s Cathedral and the medieval cathedrals of Europe, one would find a similar atmosphere of beauty and peace. A sentence from Cardinal’s Spellman’s sermon on the occasion of the consecration of the High Altar in May 1942 states it well—At its portals, the world seems left behind and every advancing step brings heaven nearer and deepens the soul’s union with Divinity.

But it wasn’t just great cathedrals which bring to light the Catholic Gothic Revival movement of the late 19th and early 20th centuries. The small town where I grew up, Saint Marys, Kansas, boasted two churches built with Gothic Revival influences—the original Immaculata Church (with its daughter, the “New Immaculata” nearly a year away from completion) as well as the current diocesan church in town, Immaculate Conception Church. Just 14 miles away, in tiny Flush, Kansas, a farming community pooled their resources to build a small, but magnificent Gothic Revival church out of the native limestone wrested from their fields.

Especially in the heartland of America where workable stone was plentiful, the Gothic Revival movement flourished, with thousands of these miniature descendants of Europe’s grand Cathedrals bursting at the scenes with the ranchers and railmen who were taming the prairies and feeding the nation. Today, art historians have labeled these as “Prairie Gothic” or “Pioneer Gothic,” with influence spreading into other secular buildings as well—think of the house in the background of Grant Wood’s aptly named, “American Gothic.”

One can’t help but imagine what Abbot Suger would think if he could have visited these Prairie Gothic churches in the Heartland of America, especially in their heyday of early 20th century. Aristocratic though he was, he would be at home among these sunburnt, tough people, mirroring in their own way the gargantuan task of Medieval Europe—lifting stone from the earth, erecting these stone temples to the Almighty. Certainly, he would be edified that this strange new nation and its people were carrying on the tradition of raising churches by hand with the same care he did almost eight centuries before. 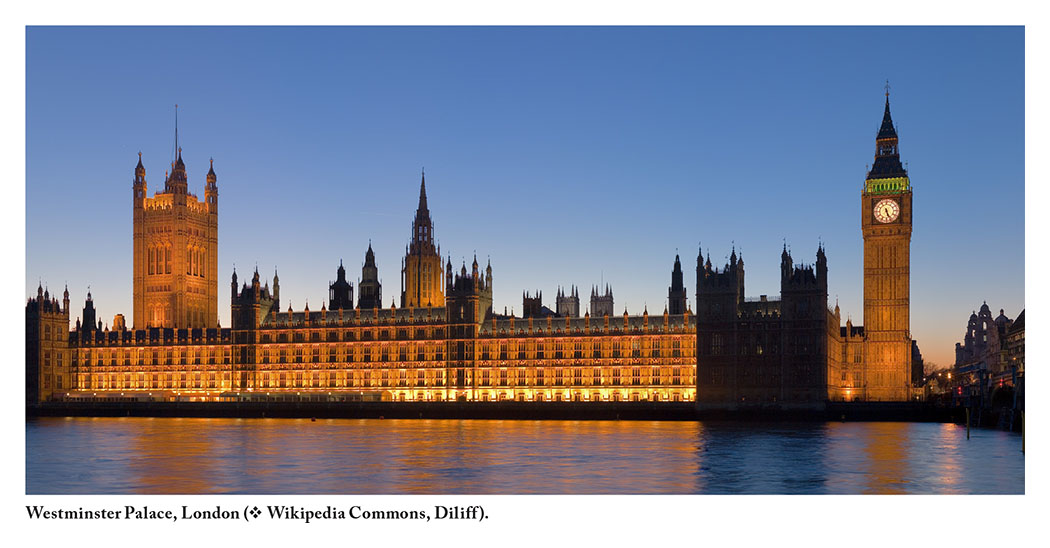 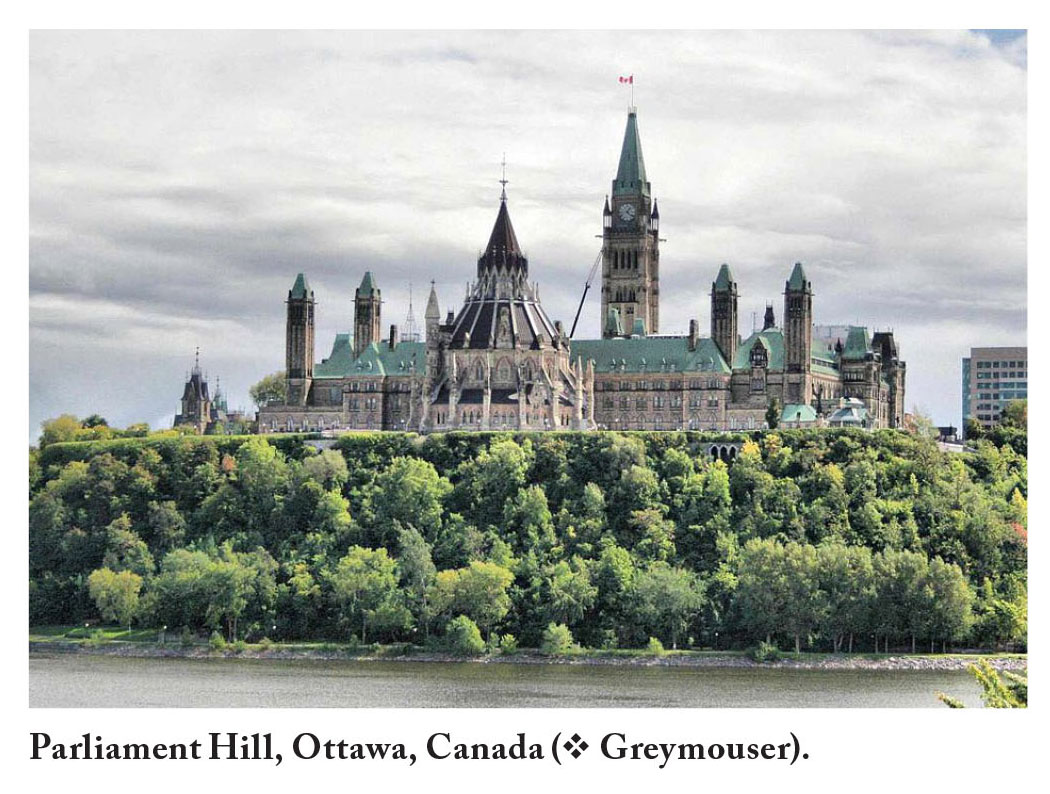 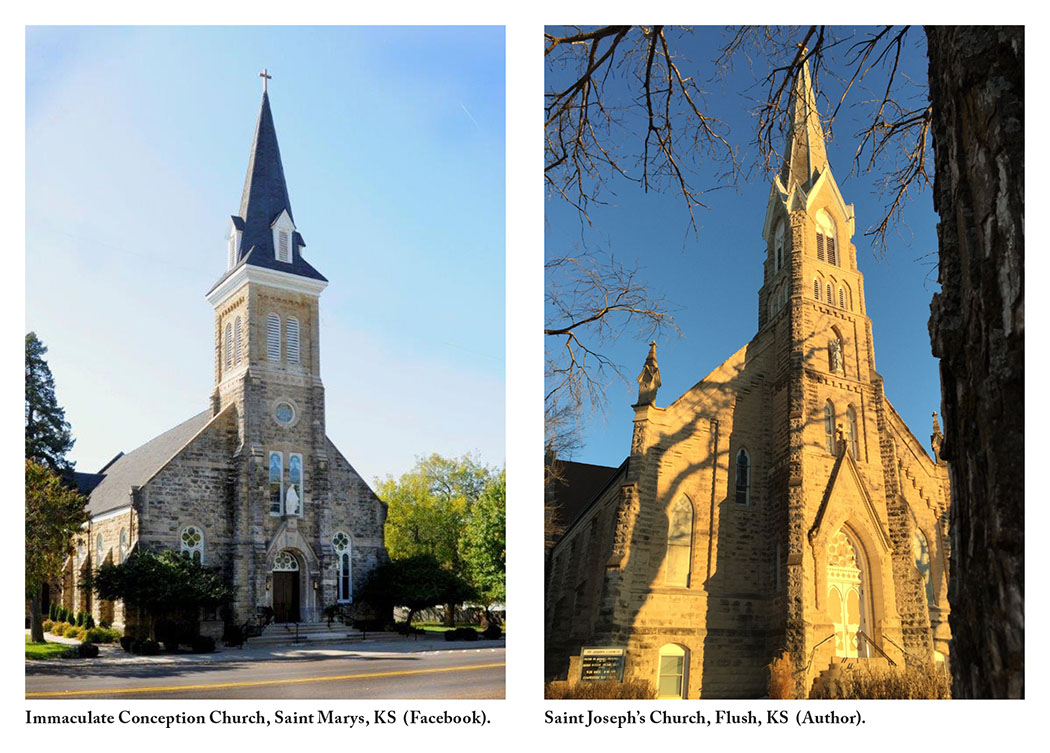 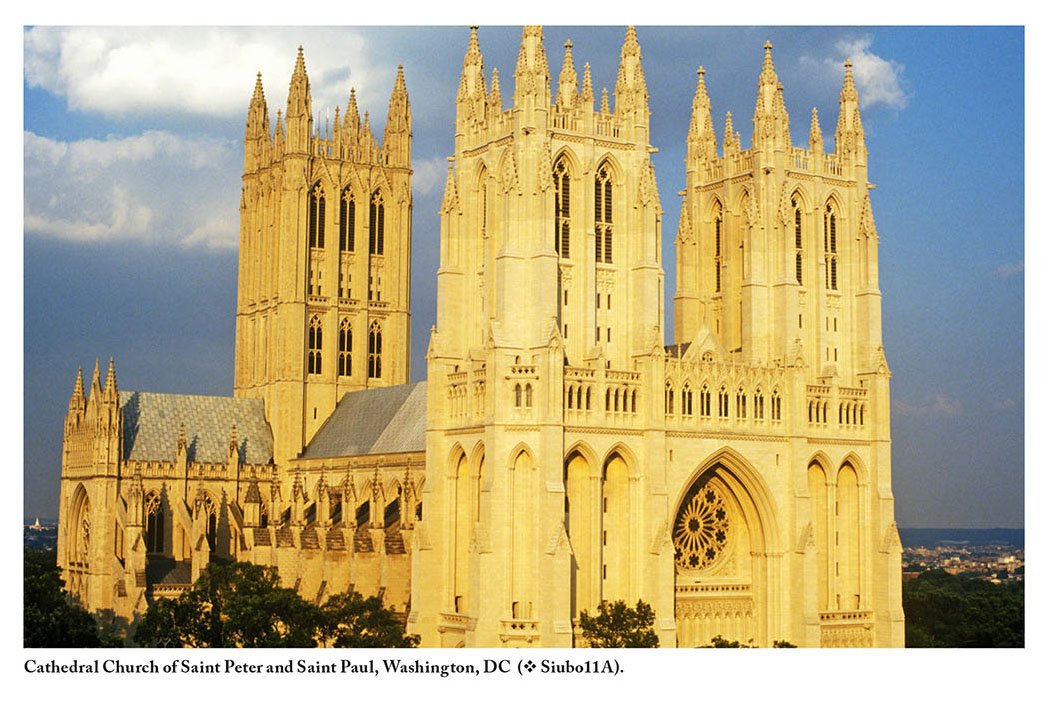 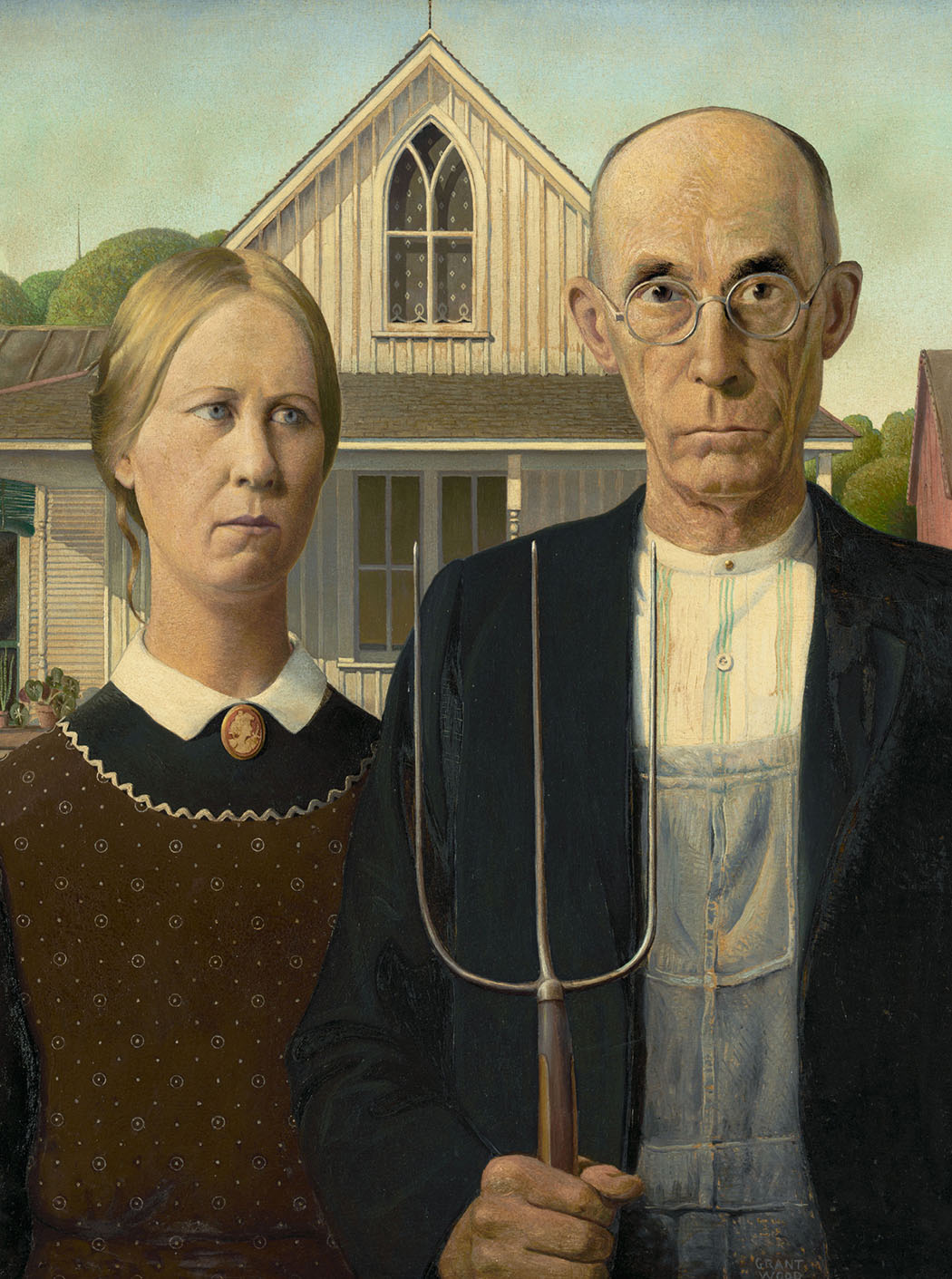 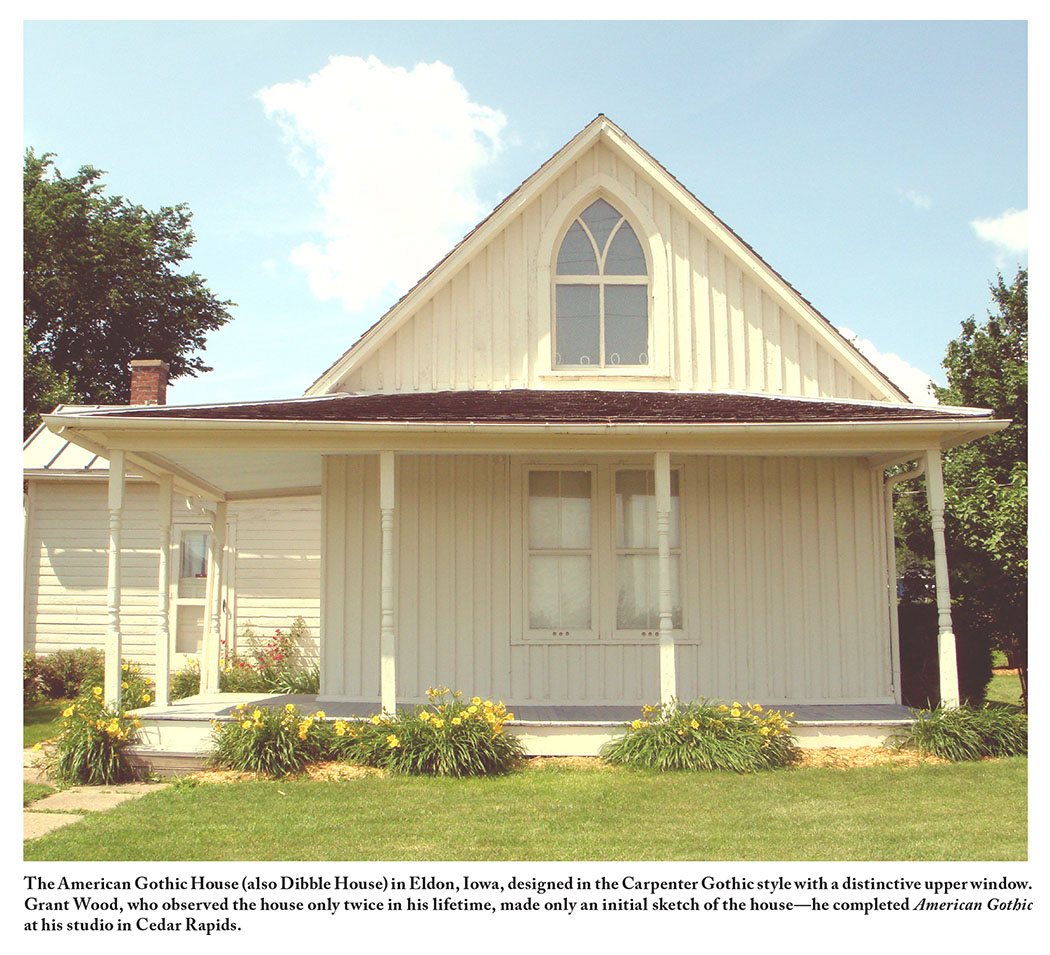 American Gothic is a 1930 painting by Grant Wood in the collection of the Art Institute of Chicago. Wood was inspired to paint what is now known as the American Gothic House along with “the kind of people he fancied should live in that house.” It depicts a farmer standing beside his daughter—often mistakenly assumed to be his wife. The painting’s name is a word play on the house’s architectural style, Carpenter Gothic.

The figures were modeled by Wood’s sister Nan Wood Graham and their dentist Dr. Byron McKeeby. The woman is dressed in a colonial print apron evoking 20th-century rural Americana while the man is adorned in overalls covered by a suit jacket and carries a pitchfork. The plants on the porch of the house are mother-in-law’s tongue and beefsteak begonia, which also appear in Wood’s 1929 portrait of his mother, Woman with Plants.

American Gothic is one of the most familiar images of 20th-century American art and has been widely parodied in American popular culture. From 2016 to 2017, the painting was displayed in Paris at the Musée de l’Orangerie and in London at the Royal Academy of Arts in its first showings outside the United States.