The Blood-Shot Eyes of Tradition 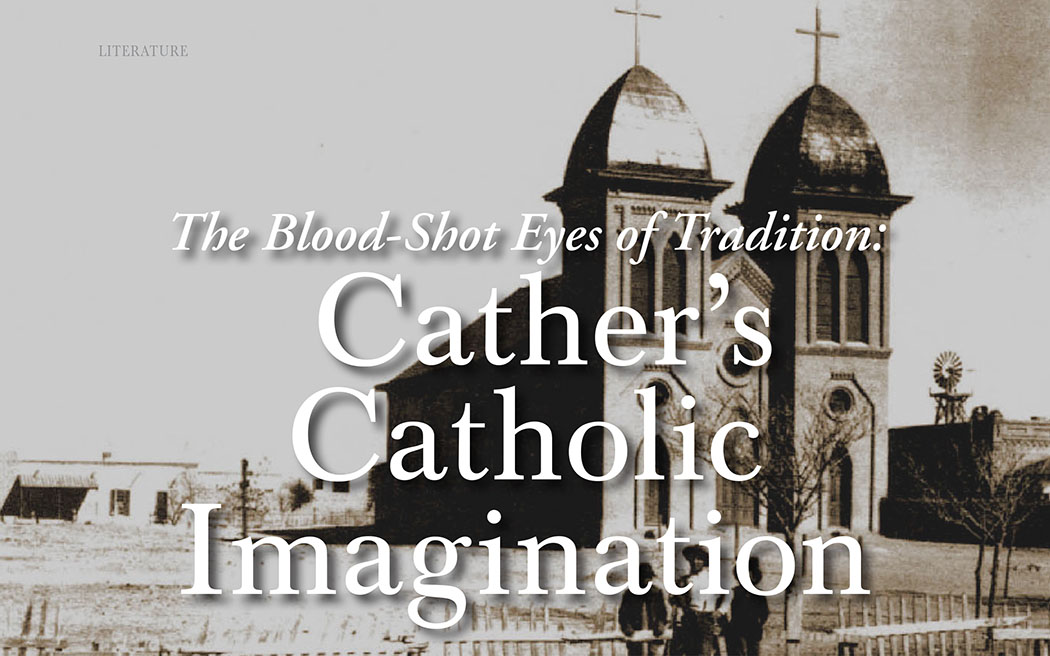 For being Episcopalian, Willa Cather has a tendency to write Catholic novels: My Ántonia (1918) follows Catholic Bohemian pioneers on the Nebraskan frontier; Death Comes for the Archbishop (1927) stars Jesuit missionaries in New Mexico; and Shadows on the Rock (1931) features Catholic colonists in Quebec. These first two titles are, paradoxically enough, her most enduring and acclaimed books. Perhaps this should not surprise us: Cather was no stranger to Church practices and beliefs. When she was ten, her Virginian family wagoned westward where Nebraska’s prairies fertilized her imagination. There, under the Sistine skies of the spring-plowed plains, she found herself among a diverse consort of Catholic friends and neighbors of Scandinavian, German, Bohemian, and French-Canadian descent.1 These first-hand experiences of a traditional, European faith provided her “a corrective for the received vision of America as merely an extension of Puritan colonies.”2 Perhaps this is why she described writing Death Comes for the Archbishop as “a happy vacation from life, a return to childhood, to early memories.”3

Even later during her Manhattan years, she often heard Mass with the Dominican Friars at St. Vincent Ferrer. When her brother (age 58) died unexpectedly, the chapel became her haven: “The Catholics,” she quipped, “seem to be the only people who realize that in this world grief goes on all night, as well as all day, and they have a place for it to hide away and be quiet.”4 She also had a large cohort of Catholic fans. In response to Death Comes for the Archbishop, Cather received letters “from great prelates and parish priests from all over the country who had worked with these [Jesuit missionaries] in the west, saying ‘You have given us back Father Joseph,’ or ‘Our Blessed Bishop lives for us again.’”5 Cather’s editor, Roseboro, noted a particular letter in which a fan boldly declared, “They tell me you are not a Catholic. It is very strange. Pray for me.”6 Who could blame the sentiment? Cather, after all, so passionately praised the Church, sometimes more vehemently than its members, as when she placed “the Catholic Rome of the middle ages … Next in wonder to the Rome of the Empire.”7

Even so, Cather’s strange affiliation with Catholicism is difficult to define, and her occasional praise of Papists does not ensure that her imagination, when translated into fiction, is “Catholic.” Nor do her novels, when considered individually, uphold Romishness to the same degree. My Ántonia may feature Catholic views on prayer, suicide, and purgatory, but the Protestant narrator Jim Burden contrasts these with the beliefs of Lutheran locals. As much as My Ántonia respects Catholics and wonders at their foreign ways, Burden possesses a cautious air that puts the reader at an arms-length away from experiencing Church traditions as an encounter with the real. Any Christian Joe can appreciate the homespun prayers of Cather’s pioneers with their roll-up-your-sleeves ethics and their sacrificial ardor, but it takes a Catholic empathy to see a rosary as an eternal wreath.

Of course, to the extent an author’s imagination is true, good, and beautiful, it is Catholic, and even if an author depicts Church tradition as a museum piece, there is a mysterious truth to a ladybug pinned upon a wall. Yet, for all that, there is a higher knowledge in watching its vermillion dome scurry like a Basilica on the move. Only in the latter case does the creature have a soul. As much as My Ántonia provides us many sneak peeks at a higher reality, its southwestern counterpart—Death Comes for the Archbishop—more willingly depicts the soulful scurrying of Catholic tradition. When we turn its pages, we cannot doubt the tremendousness of Cather’s empathy. The novel is Catholic to the bone: an especial current of Romish devotions pulses through its veins. Nor is religion an incidental detail. Devoid of Church traditions, the narrative would altogether lack a plot.

Death Comes recounts the valiant exploits of two French Jesuits, Bishop Latour and Father Vaillant, who evangelize New Mexico after its recent annexation to America. The territory is in dire straits after profligate Spanish priests failed to minister to the locals. The two missionaries successfully cultivate the fertile souls of the Pueblo Indians not by chance, but by passing on long-standing European devotions and traditions: As much as Bishop Latour performs the sacraments, he practices an Ignatian poverty of spirit; amid the absence of Catholic architecture, he constructs a Romanesque cathedral in Santa Fe; and May is Mary’s month, not only because the missionaries declare it, but because the Angelus is on their tongues and the Alma Redemptoris Mater is in their throats.8 These traditions even go so far as to sanctify the very soil of New Mexico. Latour’s newly-minted cathedral imbues the landscape around it with sacramental meaning. The desert sunset and red mountain vistas, in the proximity of the church, now recall the blood of Christ (as Latour says, “Sangre de Cristo”)—and with it, the blood of old European Saints. As the Bishop observes, “no matter how scarlet the sunset, those red hills never became vermilion, but a more and more intense rose-carnelian; not the colour of living blood … but the colour of the dried blood of saints and martyrs preserved in old churches in Rome, which liquifies upon occasion.”9 The tradition of Romanesque architecture here is more than a stylistic preference—it is a visible force of Apostolic succession, reeling our souls back in time so that, recollecting the Roman litany of the martyrs, we may see how Christ’s first martyrdom wheels across time in constant repetition. 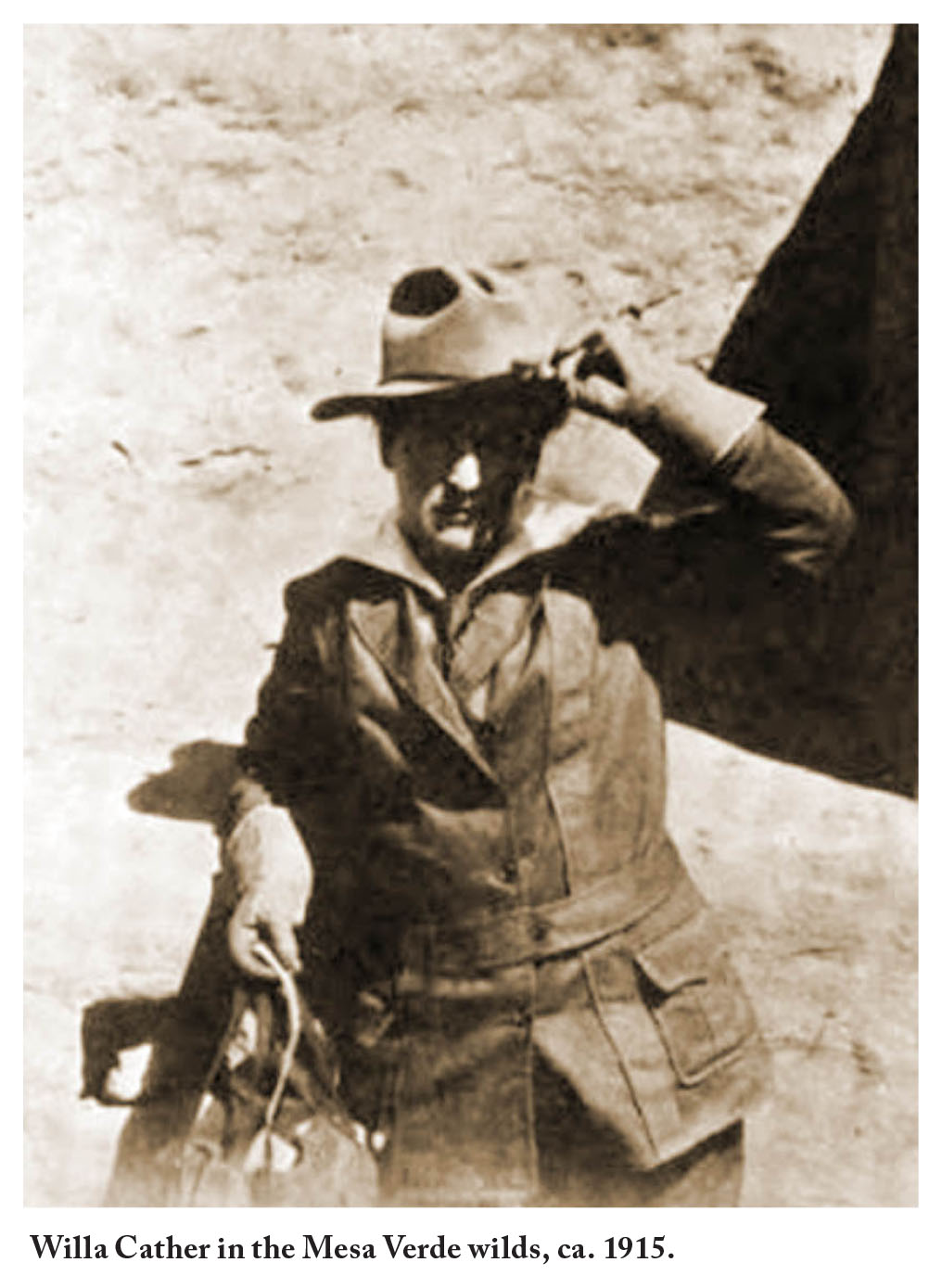 So often the best authors, and Cather among them, inscribe the profoundest realities in circles because time, when coiled into revolutions, imitates eternity. In our mortal state, time necessarily repeats its elliptical rounds—spring to winter, morning to night, life to death. As monotonous as these cycles may seem, there is communion in the fact that all living men reenact the very circle of life and death that past generations endured, and the fact that we expect the cycle to continue until the end of time links all humans in a single chain: one vaster than we can comprehend. We cannot count every clock-tick of history, yet we feel in our blood that life and death have been swirling round since the days of Eden. Just so, when we gaze at time’s immense circularity, we contract all of mankind—every past and future instant—into a single point: the present. Tradition, in this way, is the crossroad between time and the eternal, the screw that threads our beginning to our end.

Of course, circles get a bad rap these days. The quest of our age is not to slay dragons: it is to slay the monotonous cycles of work and the concentric confines of duty. With ease millennials unlatch themselves from hometown and heritage to escape the hamster wheel of adult responsibility. The very idea of committing one’s purpose to tradition is, to them, a bore at best, and at worst, a sin—since it means the patriarchy will press on, or that the Jenga blocks of racist institutions will remain intact. The fact is, we have no choice but to live in circular motion. On account of the Fall, evil’s ring-like effects necessarily twirl us in a merry-go-round of endless insatiation. The solution is not to escape cyclical living by incessantly “changing it up”: no new location, no new career, no new Amazon package will release you from your mortal coil, from the Ferris Wheel of pleasure and pain. Rather, to end evils’ cyclical nature, we must, ironically, chain ourselves to a more eternal circle—Christ’s living death and dying life.

The difficulty is that we cannot simply skip from time to eternity: we must join the two extremes by linking between them rings of Catholic traditions. We forge these rings every time our stomachs become tabernacles. We forge them with our heart’s compunction and our lip’s Creed. And when our thumbs swivel between Aves, we forge them even then, or when we find in the Old Testament ripples of the New. For Cather’s Bishop, as well, the very style of the Santa Fe cathedral is a typological ring. One circle will never do—we must have many and be many—until, by constant regeneration, our time-bound actions become next-to-eternal. How many Masses will have been celebrated throughout all of history? The number, as finite as it is, would make our minds reel into infinity.

Of course, as transfiguring and large-scoped as Catholic traditions are in Cather’s novel, the missionaries practice them by paradoxically narrowing their vision: they are utterly French, and their sights are, more often than not, on their motherland. If there is one complaint they have about New Mexico, it is that the region is not France; Southwestern America, they figure, is uncivilized precisely because it lacks the millennia-long traditions of their homeland. At one point, Bishop Latour and Fr. Vaillant sit down for their Christmas dinner. Instead of a glazed ham like we may expect, they feast on a humble pot of French onion soup. After spooning a mouthful, the Bishop declares that “in all this vast country between the Mississippi and the Pacific Ocean, there is probably not another human being who could make a soup like this.”10 This is not to say that Fr. Vaillant is a master stock cook. The Bishop, rather, credits the recipe, which “is not the work of one man,” but is “the result of a constantly refined tradition” that stretches back “nearly a thousand years.”11 Here, the soup is not merely a meal. It is a historical identity. To cook its recipe once is to become a culinary superman—to perform the work of a hundred Frenchmen. Nor is it simply French: it is Medieval France, Renaissance France, Enlightenment France, and Victorian France bound in one bowl of broth. In a word, it is a melting pot of historical diversity, if not of nations.

Yet, this Christmas soup is not in France, and the longer the Bishop stays in New Mexico, the more he realizes he is not simply a Frenchman anymore. By his missionary zeal, he has linked ancient European traditions to younger American ones: Our Lady of Guadalupe, the “Sangre de Christo” sky, and the food of the Pueblo faithful. Just as the Romanesque cathedral progressed from Italy to France and from France to America, its New World iteration reverses the clock, turning time and national identity on its head. The Bishop’s Old World cathedral may have refined his vision of the New World sky, but the New World sky has also refined his vision of Old World cathedrals. He now sees France with the blood-shot eyes of a New Mexican. Amid jutting canyons and rounded archways, one Bishop performs the work of a multitude of saints. He is many men bound in one Catholic broth. So it is. Time welds to time like the interlocking links of the trinity, and the old chain tugs deep within …

While not as vintage as Dante, Death Comes for the Archbishop has a top-shelf value. Let us display it on the summit of our bookshelves. Let us humbly confess that the best Catholic American novel of the 20th century was, arguably, written by a Protestant. 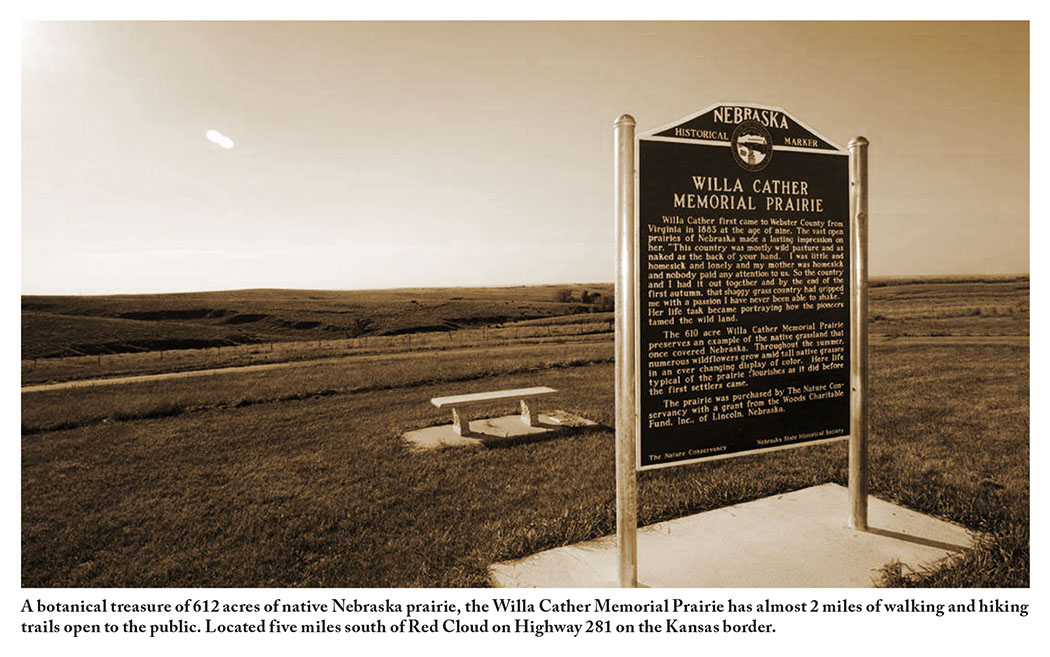