The Relation of the Sexes 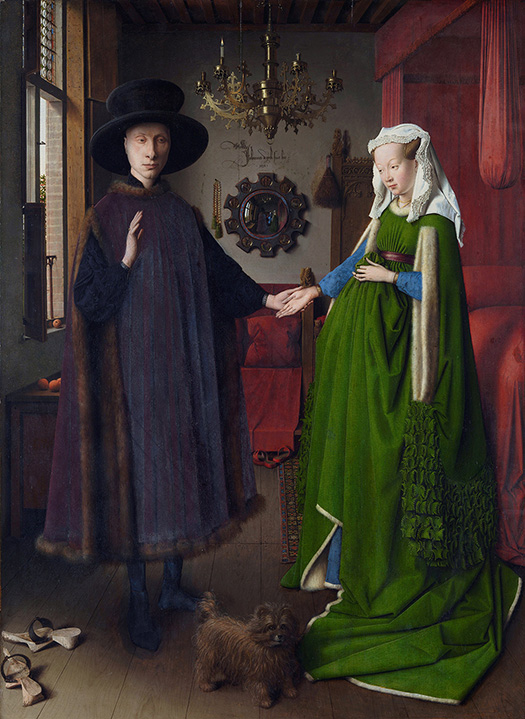 Every truth, even to the most humdrum, has two contrary errors. If there is only one bottle of milk in the refrigerator, then the hard-headed skeptic who insists there is not a drop of milk in the house, and the dreamer who imagines the refrigerator to be an almost limitless reservoir of milk, are both wrong. When it comes to grasping some more important, and therefore more difficult truth, it often helps to contrast it with its two opposed errors. An example of this is the relation between the sexes.

One of these two errors, contrary to the word of God, is characteristic of much ancient paganism, and also of Islam. This error sees a woman as a mere accessory of a man, of much less value than him, born only to marry and have children, and hardly a rational being. Wherever the gospel is not preached, societies of fallen human beings seem to tend inevitably to degenerate in some such a direction.

The contrary error lies in supposing that there are no distinctions between men and women apart from the obvious physical ones. This position has been characteristic of secular thought in the last century or so, influenced by Christianity but also exaggerating one aspect of it. (I shall not consider the incoherent, ultra-modern position that tries to combine this opinion with the claim that a person may freely choose to “identify” either as a man or woman.) We may ask people who hold this position whether they do so on the basis of evidence, and hence as something they would be willing to revise, or as a dogma, and if so, on the basis of what authority. I think they would be hard-pressed to answer.

What, then, is the Christian teaching to which these two errors are opposed? In the first place, Scripture sets before us the great dignity of each sex. Both man and woman are made “in the image of God” (Gen. 1:27). Both are called to give their free assent to the gospel, and if they do so, they become “co-heirs of the grace of life” (1 Pet. 3:7). The 17th-century English Puritan poet John Milton was woefully wide of the mark when he wrote, in his description of our first parents in Eden, Hee for God only, shee for God in him, if he meant by this that Eve would not have had a direct, personal relationship with her Creator before the Fall. The grace of Christ restores us to God’s friendship, lost through original sin, and so each sex is called to a life of holiness, by the practice of the same theological and moral virtues. Hence, St. Paul writing of the effects of baptism would say: “There is neither Jew nor Greek: there is neither bond nor free: there is neither male nor female. For you are all one in Christ Jesus” (Gal. 3:28). This common vocation is expressed well in the Roman canon: asking that we may receive “some portion and society” with the saints, the priest then names eight men and seven women whom we hope to meet one day in heaven.

This teaching, though it has to do with our supernatural destiny, could not fail to leave its mark on Christian civilization in this world, humanizing the relations between the sexes. We can think here of the friendship and esteem of St. Paul for his female assistants, or of St. John Chrysostom for St. Olympias, something for which we will not find an analogy in the pagan world, and hardly in the ancient Jewish one. Yet the modern world, as Chesterton said more than a century ago, is full of Christian virtues gone mad. If the faith passes away from a civilization, but a confused memory of the equal dignity of the sexes remains, people will no longer locate that equality on the supernatural level, as the shared vocation to sanctity, but will begin to insist instead on an absolute natural equality. Then they will say that there is to be no more question of a husband’s authority in regard to his wife, and that any tendency for men to be more prominent in public life than women, and for women to be more often centered on the life of the home, must result from prejudice and unjust discrimination, and must be stamped out by the State. This way of thinking has led people to claim that the Catholic priesthood must be opened to women as to men.

We need therefore to be aware of the other side of Christian teaching, and those passages in Scripture that speak to us of the difference between the sexes. There is an abiding significance, St. Paul tells us, in the fact that Eve was created from Adam, not the other way round, and to be his helper (1 Cor. 11:8-9). One of the consequences of this is that if a woman chooses to marry, she places herself under her husband’s authority, as both St. Peter and St. Paul teach (1 Pet. 3:1; Eph. 5:22-23), following the example of our Lord (Jn. 4:16). In a mysterious phrase, the apostle of the gentiles tells us that “the man … is the image and glory of God; but the woman is the glory of the man” (1 Cor. 11:7). What does this mean? For a married woman, her husband’s manly dignity is manifested most of all by his having so excellent a being as a woman under his authority: this is his “glory.” And the woman who chooses not to marry is also to be the glory of a Man: of the man Christ Jesus. Of course, both men and women alike are subject to Him; but we may perhaps gather from St. Paul’s words that if women enter onto the supernatural plane at all, they tend to make progress there more rapidly than men, since the movement of the spiritual life corresponds better to the inclination of their own nature. We may see this as a new application of the words of the gospel: “The first shall be last, and the last, first.”

The word of God also instructs us that the difference between the sexes is to be manifested in the liturgy of the Church. “I suffer not a woman to teach, nor to use authority over the man,” writes St. Paul (1 Tim. 2:12). This does not refer to teaching in schools or universities. Nor even is the apostle forbidding a woman to become the CEO of a corporation if circumstances should so suggest. It means that the office of preaching, and the power, that is, the sacrament, of orders are reserved by divine law to the male sex. Why is this?

The simplest and best answer to this is that it is the will of Christ. In instituting the sacraments, He was divinely free. He could, had He willed, have ordained that extreme unction might be received not only by a person dangerously sick, but also by a friend on the sick man’s behalf: but He did not so will. And He could have chosen that both men and women might receive the sacrament of orders: but this was not His good pleasure.

Yet provided we accept His decision obediently, we are not forbidden to speculate in faith about the motives of it. St. Paul tells us that one such motive was the sin of Eve (1 Tim. 2:14). The Lord wills that this act of renunciation on the part of women be, as it were, a way for the sex to expiate the sin of their first member. For his part, St. Thomas Aquinas reminds us that the sacraments were instituted as signs, as well as causes, of grace. Just as only a sick man can symbolize the spiritual infirmity to be removed by extreme unction, so a man has by nature a certain aptitude that a woman lacks, writes the angelic doctor, to symbolize the authority to be conferred by holy orders.

We can suggest also reasons from the work itself of the priestly ministry. A priest has to be ready to go alone into any environment, however dangerous. He will also listen, in confession, to the secrets of the heart, which may include things that are shameful or obscene. We should not be surprised if our Lord wished to shield women from such experiences, and to put their sensibility to other uses.

Finally, how we can speak of this subject without mentioning the Woman par excellence? The liturgy says to the Blessed Virgin: “Thou has destroyed all the heresies in the whole world.” This is true here as well. At the Annunciation, she destroyed the old pagan heresy, which saw woman as of little worth, when, without consulting even with St. Joseph, she welcomed God in the name of the whole race. But simultaneously she destroyed the future feminist heresy, by the very words she used: “Behold the handmaid of the Lord, be it done to me according to thy word.”