St. John’s gospel is the one which shows us that Our Lord’s Public Life was not limited to one year, an idea one could get from reading the synoptic gospels which mention only one visit of Our Lord to Jerusalem and one Passover; that when He was crucified. But St. John recalls several explicitly: already in 2:13, and now again here in 6:4, before that Pasch, which was a great sabbath day, of which on the day of preparation, the parasceve, Jesus Christ was crucified.

True to his intention, our evangelist will continue giving us long and deep discourses of our Savior omitted by the others. But he begins by relating a miracle of our Lord’s already presented by the three other evangelists: the multiplication of the loaves for the five thousand. Apart from Our Lord’s own resurrection, this will be the only miracle found in all four gospels. If St. John gives us it as well, it is because it was the occasion for Jesus to speak of the “bread of life” that is Himself. From the narrative of this multiplication, let us note just that St. John’s account is more vivid than the others. We read of different individual Apostles (St. Philip versus St. Andrew) and the crowd’s reaction—their concluding that He was the prophet to come and their wanting to make Him king.

That is when Jesus left the crowd, and also His disciples. These were to board ship while He went up the mountain to pray alone. Later, He joined them, walking to them upon the waters. As by multiplying bread, so by walking on the water, Jesus is showing that He is Master over all physical nature. He is preparing them to accept His teaching He is about to give on the Holy Eucharist. With daytime coming, Jesus will be teaching in the synagogue in Capharnaum, which was His “home base” throughout His public ministry, called by St. Matthew “His own city,” the scene of a good number of His miracles, but in the end unresponsive and bitterly condemned. This chapter six of St. John’s gospel will show us the people of Capharnaum turning away from Christ. By all His signs in their presence, and principally the multiplication of loaves, He has shown to them, and even more so to His disciples, quite enough now to demand faith in Him; and He will now put them to the test by speaking very realistically of the Eucharist without further explanation.

Jesus’ interlocutors are now mainly the Jews of Capharnaum. Noticing Him gone, they seek Him eagerly, very pleased with a ready supply of bread and wanting more of the same. Our Lord will use this miracle, and under the metaphor of bread, invite them to desire things spiritual and eternal. It is His to give, He being “sealed by the Father”: not only through the hypostatic union, but also coming with the Father’s “seal of approval.” They are to believe in Him. More than in Moses? But he fed daily for forty years the people with manna, the bread from heaven. And you? True bread gives true life (and not just sustaining this present life): this is from My Father in heaven. They can understand this only carnally. And so on, throughout the rest of this discussion.

“I am the bread of life.” Unless one be a Protestant, there is no question but that Our Lord is teaching us about the sacrament of the Holy Eucharist. He will repeat the very concrete “eating His flesh” and “drinking His blood.” His hearers understand it literally and Christ will not disabuse them. He will not explain further (that it will be under the appearances of bread and wine); now He demands faith; He will let go those who cannot believe. It is moreover something that He “will give” and not just the present gift that is Himself. No wonder, therefore, that the Council of Trent uses different verses of our chapter 6 in treating of the Eucharist. While this whole discourse on the bread of life is centered around this sacrament, Catholic authors do not all agree with which verses the Eucharist and Communion are explicitly and literally meant—for “bread” and “wine” can be taken scripturally for wisdom and spiritual nourishment, as they are several times in the Sapiential books. 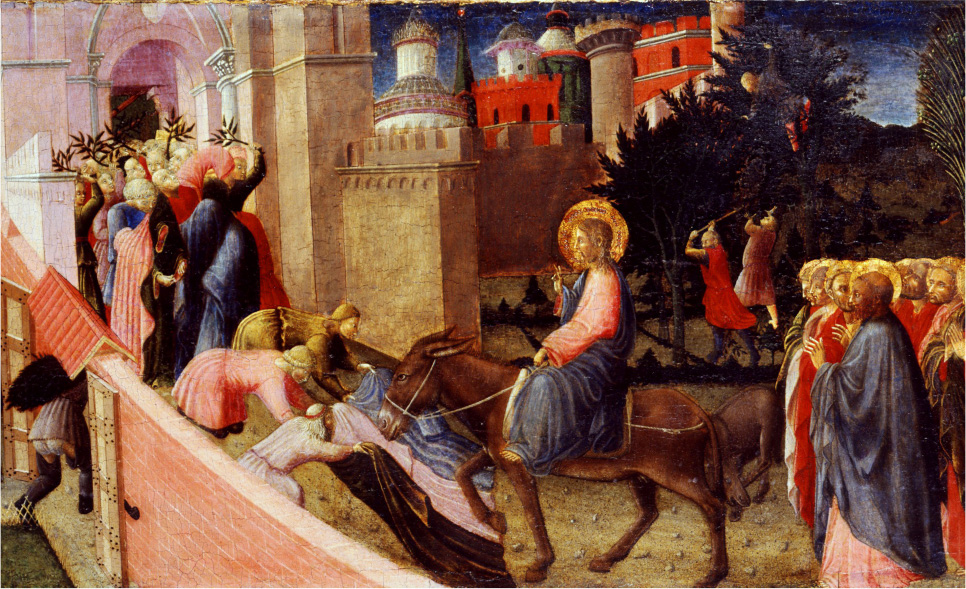 Some say that Our Lord intends to teach us about the Eucharist, but first generally as “heavenly food,” then more explicitly as Himself being that food before clearly speaking of the eucharistic manner of His being food from heaven. Let us pass briefly over different objections taken from this chapter, remembering that every verse should be taken in the context of the whole gospel. Our Lord does speak of eating His Flesh and drinking His Blood, as already noted. This does not mean that all are bound to communicate under both species. What He says of this eating and drinking—that it will give life, and life everlasting—He also says just of eating bread. More importantly, He is “the living bread”—He is alive under either species, wherever it be; and so, with His Body and Blood, with His Body and Soul. He is whole and entire under each species. To receive Him, not all must receive Him under both species by any means. Then again, what He asserts of the necessity of communicating, he has already asserted of being baptized. This does not mean that they are each equally necessary. Baptism is a new birth, one now lives according to a “spiritual life.” Holy Communion nourishes that life and prevents one from dying (spiritually). If it raises again to life, then it is a question of the resurrection of the body. We may note that “never thirsting” and “life everlasting” are fruits promised also to faith, belief in Him; which does not preclude the necessity of living a sacramental life, now also inculcated by our Lord. Nor does any of this preclude having to live according to that life, to do well and bear fruit. A similar idea: God’s acting, grace, is all necessary—not accepting the Son, coming to God, without it. True—“No man can come to me, unless it is given him by my father. Even more absolutely: “Without Me you can do nothing.” But we can put obstacles to grace, and so we are to prepare His way, “to make straight the way of the Lord”; and we must labor for the meat “which endureth unto life everlasting.”

When dealing with such exalted mysteries, we are to accept simply all that God tells us without trying to fathom things humanly: “It is the spirit that quickeneth: the flesh profiteth nothing.” More fruitful is loving contemplation of the divine gift. “As the living Father hath sent me, and I live by the Father; so he that eateth me, the same also shall live by me.” When there is question of being “sent,” then we are talking about God incarnate. Jesus Christ, in His human nature, lives a divine life, thanks to the hypostatic union. We, by communicating, live a divine life, each according to his capacity to receive and the giving of God thanks to this Real Presence. We become more “Him” who abides in us. At this, we are not to take scandal for He has the words of eternal life; He is “the Christ, the Son of God.”