There is No Greater Love

By a Benedictine monk

“This is my commandment, that you love one another as I have loved you. Greater love than this no man hath, that a man lay down his life for his friends. You are my friends if you do the things that I command you” (Jn. 15:12-14).

Our Lord invites His disciples to lay down their life for their friend. He clearly states that there is no greater love than this. Following Christ crucified, the sacrifice of one’s entire human life for the love of God, our greatest friend, is the most perfect way to obey God. There are many ways that a man or woman can accept this divine commandment of charity. The married life asks in a certain way that the spouses sacrifice their lives for their children and for each other. Many live a celibate life of perfect chastity in the world, sacrificing their lives for some charitable work. Soldiers also, in a certain way, sacrifice their lives for their country. However, two of the more perfect ways of “laying down one’s life” for one’s neighbor are the cloistered religious life and the life of a missionary. These two states of life have essentially built Christendom.

The missionary builds Christendom from the inside out. From the spiritual ordering of souls flows the necessary order for the material advancement of society. The true goal of all missionary activity is the sanctification of souls. Only after establishing the general practice of virtue can the missionary begin to see the material benefits of society. If the cannibal has not learned to stop eating his neighbor, or the barbarian to stop waging war and pillaging the innocent, there can be no real harmony or any kind of structure in society. Sin and vice, which are the fruits of a disordered self-love, are the most powerful elements of self-destruction of any society. The pagan soul must first recognize that God has the right to ask of him great sacrifices concerning his personal life. Only then would he be capable of thinking charitably of his neighbor.

This is where the contemplative life comes to the assistance of the missionary. No human being can enter into the heart of man. The interior life of a soul belongs exclusively to God, our Creator. By the sacrifice of their entire life, the religious pleads with God for the salvation of the souls. Through the prayer and sacrifice of the religious, God enters the barren wasteland of souls to give them His grace using the missionary as His instrument. The missionary cannot enter the soul of his faithful and neither can the contemplative, but God, as Master of that soul, has the right of entry.

In 1985, Archbishop Marcel Lefebvre blessed the cloister of the Carmelite sisters in the United States. In his sermon he explained the life of a Carmelite monastery: “The Carmel is a house of sacrifice and prayer.” The house illustrates the family life of the contemplative religious living in the “home” of their community. The sacrifice of their whole life is poured out at the foot of the cross in union with the sacrifice of Our Lord. Their mortification purifies their souls and those of their fellow man. Their prayer is offered for the glory of God and the salvation of souls. They are closely united with the prayer of the missionary priests, almost sharing the priest’s prayer mentioned by the prophet Joel: “Between the porch and the altar the priests, the Lord’s ministers, shall weep and shall say: Spare O Lord, spare thy people, and give not Thy inheritance to reproach, that the heathen should rule over them.”

The Kingdom of God is founded upon this spirit whether we are layman, religious or missionary. Unfortunately, the modern world built the ‘City of fallen man’ by negating these values. The modern family may have a comfortable house as a shelter, but they often do not have a home with a family. The idea of sacrifice is eliminated from their comfortable life where pleasure is the only real goal of their existence. Prayer has been exchanged for complaining, despair, and a type of mocking of God. Our modern society has built a civilization on the ruins of the Catholic notion of Christendom. We have established a comfortable homeless shelter where the parents abort their children and practice euthanasia to eliminate their own parents, where sensuality of personal gratification is the reference point for all decisions to be taken, and where a despairing blasphemy mocks our Creator. The “house of sacrifice and prayer” has become “a homeless shelter of sensuality and blasphemy.”

Our Lord teaches us that the Kingdom of God is within us. He also tells us to seek first the Kingdom of God and all else will be given to us. For the rebuilding of Christendom, we must first of all establish Our Lord as the King of our souls, become His friend and lay down our lives for Him. We must live habitually in His “house of sacrifice and prayer.”

Christendom, or the spiritual kingdom, is the real building of civilization. “…Hallowed be Thy name, Thy Kingdom come, Thy will be done on earth as it is in heaven…” 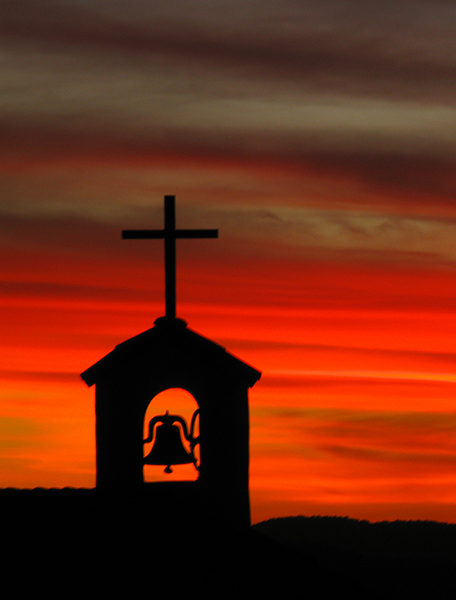