Not at All What a Vain Modernity Thinks

Transformation in Christ and 19th-Century Spirituality 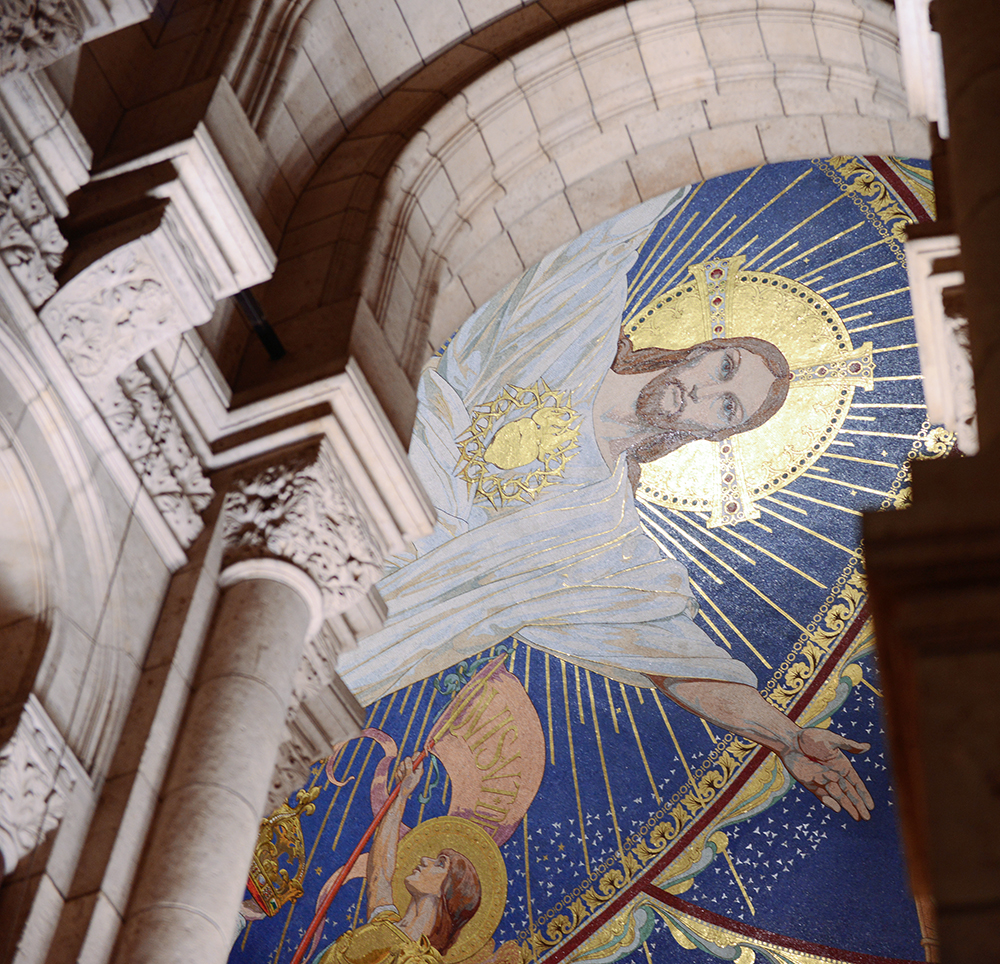 There is no doubt that the architects of our ever more rapidly collapsing “modern” Church were correct in their chastisement of pre-conciliar Catholic weaknesses in the study of history. Nevertheless, it also has to be said that any valid hopes for a much needed improvement in the understanding of the Christian past have, in practice, been buried alive under the quite unhistorical demands their ideological vision of modernity impose upon the current powers-that-be regarding what they are willing to tell the world actually happened before their regrettable rise to dominance.

A Distortion of History

Such mischief with respect to the distortion of the history of 19th-century Catholicism has been particularly grotesque, the achievements of both the clergy and the laity in this era often being totally ignored or misrepresented to enhance the reputation of whatever “forward looking” forces are deemed to have been precursors of the open, modern Church. Just as knowledge of the greatness, immensity, and variety of lay Catholic Action in the 19th century has been buried under the mantra of an awakening of the laity only first begun in the 1960s, that same period’s spirituality has been brutally raked over the coals as painfully lacking in both substance and good taste.

Let us “give the devil his due” and concede that much devotional literature of the age, particularly that of the first part of the century, does confirm aspects of these accusations. Still, one must remember that the majority of writings concerning every human activity, along with the public record of the practical results achieved by men and women engaged in each of them is always less than desirable. I certainly can vouch for that fact of life in my own field of high education. Moreover, the evangelical—and, I might add, truly democratic—necessity of bringing the message of salvation and the means to attain it to all of humanity inevitably, at all times in history, has had to involve extraordinary differences in intellectual and aesthetic presentation that range from the most sophisticated to the most popular, in ways that must end by providing at least something unpalatable to everyone.

A more suitable standard for judging the nature and quality of a given age’s spirituality is whether its basic spirit actually moves men closer to God or not. And the 19th century, rejecting the preceding era’s tendency to emphasize a naturalist, Poor Richard’s Almanac’s grasp of spirituality—a spirituality wherein cleanliness was next to godliness, and the chief guide to life was getting to bed early to be healthy, wealthy, and wise—cannot be faulted in this regard. Both its theologians and its spiritual writers, men as diverse as the Tübingen scholar Johann Adam Möhler (1796-1838), Cardinal Louis Edouard Pie (1815-1880), Bishop of Poitiers, and his auxiliary, Monsignor Charles Gay (1819-1892), preached ever more firmly, with ever more varied references to historical sources ranging from the Greek Fathers to more recent and often neglected mystics, and to an ever more universal audience the need and real possibility for a fundamental transformation of the individual, society, and nature as a whole through cooperation with supernatural truth and grace within the Mystical Body. With all due respect to that great pontiff, rather than St. Pius X’s motto of “restoration of all things in Christ” being an innovative call to arms, it can more accurately be described as a summary of the essence of the spirituality of the century in which he was born.

Devotion to the Sacred Heart

Let us explore this badge of honor with reference to the immensely powerful devotion to the Sacred Heart of Jesus. This cult, whose importance was discussed in depth by the Jesuit theologian Giovanni Perrone (1794-1876), a disciple of Möhler, was instinctively understood by many ordinary believers to be the obvious counterpoint to the naturalism of the Enlightenment and the disasters brought about by subsequent revolutionary movements. It was this popular appreciation of its meaning that caused the leaders of the counter-revolutionary revolt of the Vendée in 1793-1794 to plant an image of the Sacred Heart on their otherwise plain white banner, their later French counterparts to build a church on Montmartre bearing its name to expiate for the nation’s sins against the rights of God in the 1870’s, and Gabriel Garcia Moreno (1821-1875) to place his attempt to Catholicize the political and social life of Ecuador under its patronage at the same time. Popular commitment to the devotion was such that Pope Pius IX and Leo XIII both enhanced the importance of its Feast Day, the latter ending the century in 1899 by consecrating the entire human race to the Sacred Heart.

What does the devotion ultimately teach? It demonstrates that Christ’s fully human heart—the most important symbol of a man’s vitality and openness to altruistic love—was rendered sacred through its union with His divine nature in the second Person of the Blessed Trinity, the Word of God. This then pointed to the way in which all things human and natural could be rendered sacred—“divinized,” to use the language of the Greek Fathers appropriated by the editors of the influential 19th-century Roman Jesuit journal, La Civiltà Cattolica—through participation in the life of Christ and His Mystical Body.

An awareness of the magnificence of this truth, the centrality and urgency of the call to individual transformation in Christ, and the need to mobilize every possible tool for achieving the glory it entailed, immeasurably increased the century’s focus upon the chief means of gaining supernatural grace. It is therefore no real surprise it was accompanied by an enhanced appreciation of the Eucharist and the frequent reception of Holy Communion. The names of St. Peter Julian Eymard (1811-1868), Monsignor Gaston de Ségur (1820-1881), and the layman Marie-Marthe Tamisier (1834-1910) must be evoked here, Eymard providing spiritual stimulus to the practical work done by de Ségur and Tamisier to promote adoration of the Blessed Sacrament and reception of the graces coming therefrom through the organization of ever more influential and popular International Eucharistic Congresses, beginning in the 1880s.

The longing for an individual transformation in Christ that was understood to be as difficult a task as it was urgent also increased an appreciation for the need to mobilize other forces from His Mystical Body within whose embrace this “divinization” must take place. Hence, the massive reinvigoration of devotion to every relic associated with Jesus, to the Blessed Mother, to the saints, and to pilgrimages to all of their many shrines, both old and new. Such devotions had been forcefully downplayed by the powers-that-be of the previous century, with their common sense-driven Poor Richard Almanac understanding of godliness.

Enemies of these developments still steeped in such a humdrum moralism were stunned by the mass of believers, educated and uneducated, that came to revere the seamless robe of Christ, deemed to be in the possession of the Cathedral of Triers, when pilgrimage to it was revived by the local bishop in the 1840s. Moreover, they were horrified that pilgrims utilized the modern tool of the railroad, which was supposed to lead them more rapidly to the performance of merely naturalist tasks, to undertake this supernatural journey. They were no more pleased by the popularity of the rediscovered writings taking people away from earthly concerns that theologians and preachers were making known to the ordinary Catholic, one of the most significant being Louis Grignon de Montfort (1673-1716), whose Treatise on True Devotion to the Blessed Virgin was finally published in 1843.

Assistance for individual transformation in Christ needed the support of a natural order that propelled men and women to seek this goal and not to treat it as a fanciful theological speculation diverting the population from the more practical labor of building personal economic prosperity or national political power. It was the recognized need and urgency for the family, the school, the workplace, and the political institutions of each and every land to open themselves fully to Christ to push the individual believer to his supernatural goal, fed by 19th-century spirituality, that fueled the truly impressive counter-revolutionary Catholic Action movements of the day in so many different countries. Such activity then worked back to stimulate the spirit still further. “Almost every Catholic meeting which I attended at that time,” a witness of Austrian political activity noted, “was a fiery furnace for the souls, from which a torrent of sparks and flames of holy enthusiasm was generated; a powerful forge, in which the armaments were hardened for a battle for the Cross which now threatened from all sides” (S.N. Kalyvas, The Rise of Christian Democracy in Europe (Cornell, 1966), pp. 97-98).

Anyone unfortunate enough to take seriously the distortions of the past promoted by the dominant forces in the Church today, who seem to argue that Catholic History began in 1962 with the opening of Second Vatican Council, will believe a lot of ultimately very contradictory facts about 19th century spirituality which I cannot fully explain in an article this length: that it was somehow simultaneously both exaggeratedly intellectual and yet maudlin, daintily feminine, and childlike in character, in a fashion that should alarm both those concerned for democratizing the Gospel as well as those embarrassed by what this might practically entail; that it was simultaneously too obsessed with individual sanctity and yet constantly seen by the world at large to involve grand popular pilgrimages, public International Eucharistic Conferences, and mass Catholic political action.

Once again, “giving the devil his due,” all of this has some truth to it. 19th-century spirituality does display all these aspects, because it was truly Catholic, and therefore “all things to all people,” in a proper manner, not “in a way that a vain modernity thinks.” It displayed all of these seemingly contradictory elements in a unified spirit that dealt with humanity in an honestly—and not selectively—democratic fashion, recognizing the incredible diversity necessary to take seriously to find how to lead everyone to transformation in Christ. In short, it offered something for everyone in aid of the same uplifting goal: eternal life in union of God through incorporation into Our Lord and Savior’s Mystical Body. And, thankfully, given its rejection of the previous century’s cultivation of a gloomy Jansenism suspicious of the possibility of doing God’s will on earth, and its enthusiastic promotion of Alphonsus Liguori’s (1696-1787) moral theology and spiritual teaching, it actually gave living men and women a real hope that they just might succeed in joining Christ, Mary, and the saints in Heaven after all.