“I argue not only that there is no inherent conflict between religion and science, but that Christian theology was essential for the rise of science. In demonstration of this thesis I first summarize much of the recent historical work to the effect that not only did religion not cause the ‘Dark Ages﻿’; nothing else did either—the story that after the ‘fall’ of Rome a long dark night of ignorance and superstition settled over Europe is as fictional as the Columbus story. In fact, this was an era of profound and rapid technological progress by the end of which Europe had surpassed the rest of the world. Moreover, the so-called Scientific Revolution of the 16th century was the normal result of developments begun by scholastic scholars starting in the 11th century. Thus, my attention shifts to why the scholastics were interested in science at all. Why did real science develop in Europe at this time? Why did it not develop anywhere else? I find answers to those questions in unique features of Christian theology.”

These are not the words of a Catholic, nor are they the words of a lobbyist for religion. Rather, they come from the mouth of sociologist and historian Rodney Stark, and they appear in a book he wrote for Princeton University Press.1 Moreover, he makes sure to say that “it was Christianity, not Protestantism, that sustained the rise of science﻿”; and that “some of my central arguments have already become the conventional wisdom among historians of science.”

In this article, we will defend Stark’s statements by explaining, firstly, what was necessary for the rise of science; secondly, why it did not arise before the Middle Ages; and thirdly, why Catholic theology ultimately gave birth to science.

Science as we know it today has a specific method for investigating reality that involves conducting experiments with nature, measuring, and quantifying the results, and formulating theories about the laws of nature based on those measurements. The reason that we can speak of the “birth of science” is that this method did not exist for the greater part of the world’s history. For the longest time, no one saw the need to scrutinize matter closely and no one saw how helpful measurement and mathematics can be for understanding the fabric of the cosmological world. Ever since the scientific method was invented, by Catholic medieval scholars, almost all of them clerics, it has been employed with resounding success for the advancement of human knowledge.

The Causality of Worldviews

Before we get to the success, we need to look at the failure. Why did it take so many centuries for humans to start systematically quantifying the properties and movements of physical bodies? The short answer is this: they did not have the right idea about reality, the right “worldview.”

If the human intellect is often referred to as the “mind’s eye,” a person’s worldview can be thought of as his mind’s eyepiece. It is the filter through which he views reality. And just as an eyepiece can warp a person’s vision by making objects appear too large or too small, or by making them too dark or all of the same color, so too a person’s worldview can distort what he sees in reality or even prevent him from seeing certain things at all.

In his book Science and Creation, Fr. Stanley Jaki systematically analyzes the worldviews of the many civilizations that failed to give birth to empirical science: the Indians, Chinese, Mayans, Incans, Greeks, Egyptians, Babylonians, and Muslims. His conclusion is that certain common elements of their worldviews simply prevented them from believing that there are laws of nature, or from thinking that they should investigate the quantitative properties of bodies in order to discover them. The two most crippling ideas were that the world is eternal and that it turns in mindless cycles.

“Great cultures, where the scientific enterprise came to a standstill, invariably failed to formulate the notion of physical law, or the law of nature... Their cosmology reflected a pantheistic and animistic view of nature caught in the treadmill of perennial, inexorable returns.”2

We do not have space here to see in any detail why those two ideas stifle science, but suffice it to say that they make reality seem to have an irrational inevitability about it, instead of a rational intelligibility.

Theology to the Rescue

Why did the Catholic Middle Ages succeed when so many others had failed? Again, because of a worldview, this time a worldview that had permeated society through the ministrations of holy mother Church. There were two beliefs that were particularly influential in leading to the invention of science: Creation and the Incarnation.

Firstly, it was important for the development of science that a culture believe that a mind is behind what happens in the world, a mind that stands outside of that world and has the power to legislate for it, to bind it with consistent, rational laws. This is exactly what Catholics are taught about God. They are further instructed that God made us in His image, and specifically in the rational powers of our immaterial soul.

Thus, when a Catholic looks out on reality, he believes both that it has a rational order in it, coming from the mind of God, and that his own mind has been made by that same God. This view of the world engenders a great confidence that we can discover its inherent laws.

Furthermore, the scholastics of the High Middle Ages, as opposed to those of the decadent period that started in the 14th century, held that humans are created in God’s image even in the very hierarchy of their faculties. Intellect comes first, then will in humans, and so the same must be true for God: His will must follow His intellect. And since God’s intellect is supremely wise, then God’s will must not choose anything arbitrarily. Rather, everything that He works in reality is accomplished with intelligible wisdom.

This further refinement of the conception of God is not a trivial one. The Muslims likewise believe in Creation and a transcendent God, but they do not believe in an ordered God. For them, Allah’s will is supreme over Allah’s reason. As a result, what Allah does is arbitrary, and what is arbitrary is impenetrable to reason. That is why the Muslim worldview did not lead to the birth of science.

Muslims also did not believe in the Incarnation, a doctrine that likewise proved crucial for the advent of science. To do science, as we mentioned, you have to experiment with material things. But material things have historically not inspired much confidence in researchers. The reason is that they are constantly changing. As such, they seem to represent the opposite of consistency and regularity—the opposite of law. This is why the many non-Catholic peoples preceding the advent of Christendom seemed to have given little thought to the possibility of using experimentation to understand reality.

Catholics, on the other hand, had to take matter seriously. Not only was matter created by a rational God, but that same God Himself had assumed a material body, died and rose from the dead in that material body, and today reigns in Heaven in that same material body. The Catholic conviction in the doctrine of the Incarnation makes him see both matter and the faculties by which we look at matter—our senses—in a different light. It moves us to have a greater respect for empirical fact than the ancient world ever knew.

One of the empirical facts it should lead us to respect is that the Catholic worldview led to the formulation of the scientific method. Let us take an example of a medieval figure exercising his science.

One of the figures who manifested the new, medieval approach to understanding nature was Robert Grosseteste.3 He was bishop of Lincoln, England, and lived from about 1168 to 1253. Bishop Grosseteste employed experiments as an integral part of his investigation, insisted that no accurate knowledge of nature could be had without mathematics, and held that it was the scientist’s job to form a hypothesis as to the cause of the phenomenon being studied. Only when the scientist controls his observations in such a way that he has eliminated all other possible explanations is he able to conclude that his hypothesis is correct.4

This method of Bishop Grosseteste is effectively identical with the scientific method as we know it today.

The scientific method did not exist for most of the world’s history, because no one was experimenting with physical bodies and quantifying them in order to discover the laws of nature. It took a particular theological worldview—the Catholic worldview as incarnated in medieval Christendom—to inspire humans with the confidence that a close investigation of material bodies would reveal those laws. Impelled by this confidence, scientists of the Middle Ages started humanity on a new territory of exploration, one that has been pursued ever since and which has revealed amazing secrets about God’s most wise design of our cosmos.

Whenever superficial accusations are hurled against the Church about her opposition to scientific progress, let this one historical fact be recalled: it was mother Church herself who gave birth to scientific enterprise. 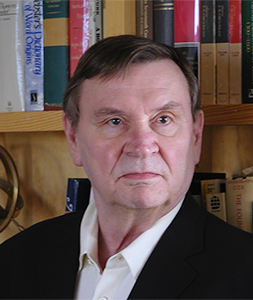 1 For the Glory of God (2003), p. 123 (italics in original). The same conclusions can be found in many other modern works. Edward Grant’s The Foundations of Modern Science in the Middle Ages and James Hannam’s The Genesis of Science are especially recommended.

2 Science and Creation (Scottish Academic Press, 1974), p. viii. I speak about this in chapter 4 of The Realist Guide to Religion and Science. 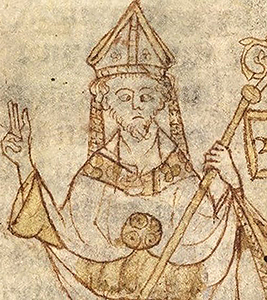