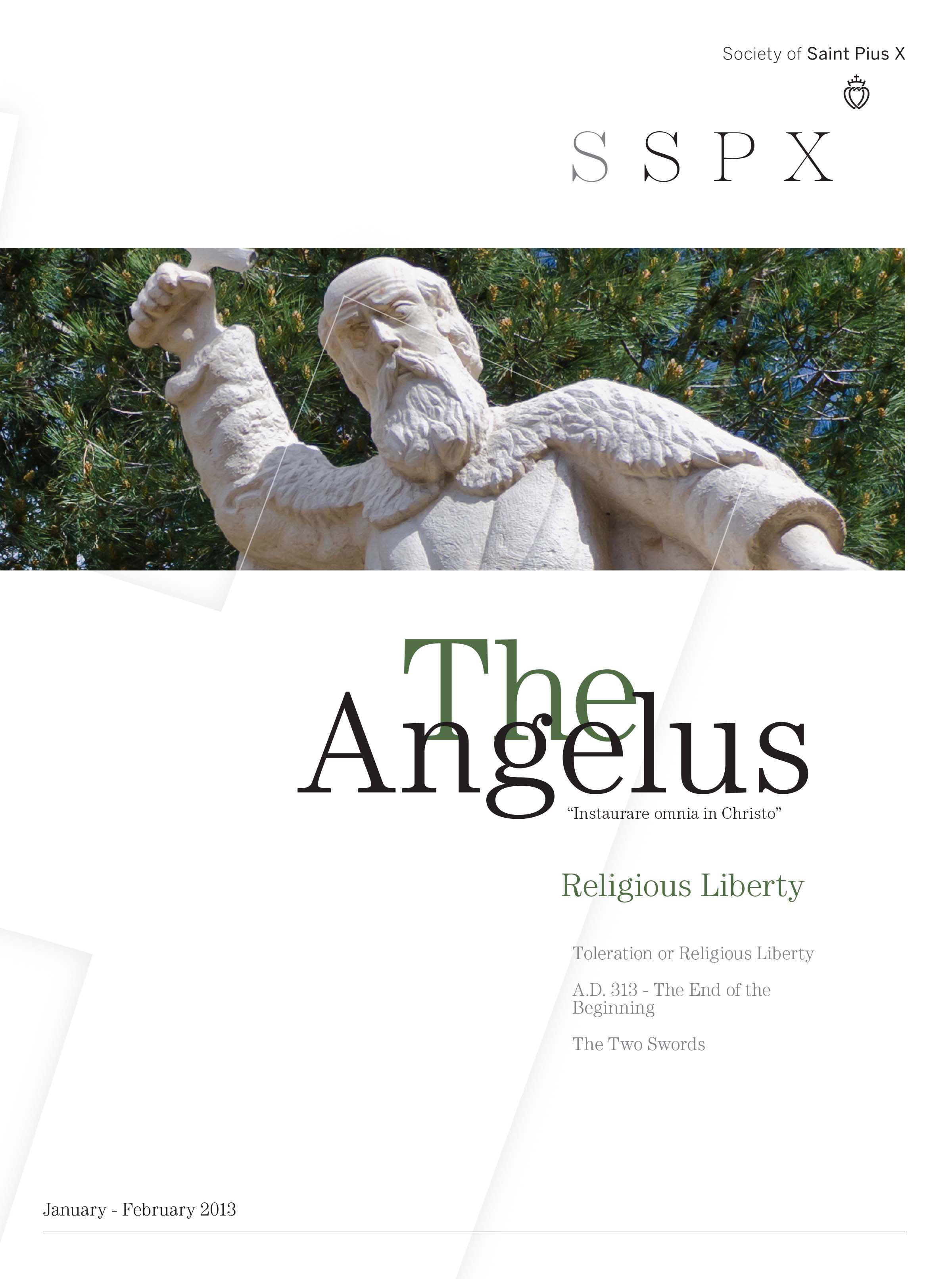 Among the points of doctrine taught by Vatican II that depart from Catholic Tradition, perhaps the one the most clearly in opposition with the antique Catholic Doctrine is the doctrine on religious liberty.

The Edict of Milan did clearly mark the end of the beginning—the beginning of that radically new phenomenon called a “relationship” between Church and State.

Archbishop Timothy Dolan stated, “When the Founding Fathers determined that the innate rights of men and women should be enshrined in our Constitution, they so esteemed religious liberty that they made it the first freedom in the Bill of Rights.” He goes so far as to identify religious freedom as the “cornerstone” of American government.

“We are informed by the texts of the gospels that in this Church and in its power are two swords; namely, the spiritual and the temporal…"

Ritual is the exterior expression of the interior dispositions of worship.

The Contraceptive Mandate and "Religious Liberty"

Now that the United States Supreme Court has upheld the Obama administration’s “Patient Protection and Affordable Health Care Act” by the bare majority of 5-to-4, what is popularly known as its “contraceptive mandate” has gone into effect.

On the Christian Constitution of States

The Christian religion was moreover commonly charged with being the cause of the calamities that so frequently befell the State, whereas, in very truth, just punishment was being awarded to guilty nations by an avenging God.

“The ills with which God seems to afflict us are really benefits, and woe to the Christian who has all according to his own desire: he is not filled with the blessings of his God."

Church and State in the Spanish Empire

The Christian state from Theodosius onwards was one that believed in the Christian religion.

History and the School

Since the state, as Plato says, is the soul writ large, the “democratic” state, led by the mob, is like a man ungoverned by his lusts.

The Thomas More of America

At first he was inclined to become a priest, but the difficulties in his country made him decide to take the road of politics in order to defend the Church from liberal, anticlerical legislation.

Tridentine Duties of the Husband

The Catechism calls idleness “the root of almost every vice.” Do something! Your kids will notice your busy hobby and they will want to take part.

Cardinal Koch and the SSPX

Since Cardinal Koch has a responsibility for promoting Christian unity, it is especially disappointing that he should have opposed the canonical regularisation of the SSPX on plainly inadequate grounds.

Needless to say, the Truth Incarnate, Jesus Christ, does not tolerate our modern notions of religious liberty.