“Poetry, the darling child of speech … must be spoken; till it is spoken it is not performed.”

The poetry of Gerard Manley Hopkins is bread in the mouth. To speak it aloud is to douse your lips in the kind of butter that grows more fat-rich as your tongue churns it. It is the kind of loaf you cut with a fiddle-bow knife and eat on a stump of wood. The kind that multiplies even while you chew it, feeding anyone within earshot who has a heart full enough to listen. The kind that, being leavened, sets the soul out to rise: we break it to keep ourselves whole. Here words are wheat-sprung, malt-savored, crust-raw—set to the pyre like a boule on the peel.1 To chew it is to sing, for it is the kind of art that must be read “not slovenly … with the eyes but with your ears, as if the paper were declaiming it at you.”2 Poetry of this kind exists less on the page and more in the throat, so that there are as many Hopkins poems as there are mouths singing them. Like a lute or a mandolin strung with twin-pairs of strings, his is a two-toned song—his voice is the sound of yours.

The enchantment of Hopkins’ poetry is that, when your voice speaks his in this double way, other doubles follow. In style, he couples words into compounds (“fall-gold,” “rare-dear”), consonants into alliterations (“wimpling wing”), vowels into rhymes (“sillion” … “vermillion”), rhythms into meter (I caught this morning morning’s minion), and phrases into parallel syntax (Degged with dew, dappled with dew = [participle] [preposition] [noun], [participle] [preposition] [noun]). Aggregated together, these contribute to a larger stylistic duality: the simple complexity of his verse. On the surface, Hopkins’ poems are easy to approach. His words seldom boast more than two syllables; their conversational flow is ear-catching; and the many clusters of rhymes, alliterations, and word-parallels are harmonious, hypnotic. Yet, rarely does the average reader glean his poem’s meaning upon a first cold reading. Take, for instance, the opening lines of “Inversnaid”:

THIS darksome burn, horseback brown,
His rollrock highroad roaring down,
In coop and in comb the fleece of his foam
Flutes and low to the lake falls home.3

Looking back, we can gape at how simple the poem’s introduction genuinely is. We could summarize it in one sentence: how beautifully the rocks roll down the muddy brook while the lakebound foam divides. Remarkably, the vast majority of the words—23 of 28—are monosyllabic, and the rest have no more than two syllables. Ironically, the very word “syllable” has more syllables! The difficulty of the passage lies not in long-winded words or labyrinthian sentences, but in a few brief riddles: invented words (“rollrock”), architectural jargon (“flute”), uncommon definitions (“comb”), and a stream of parallel sounds that, like Odysseus’ sirens, charm the reader into a blissful stupor—disarming all powers of analysis. This hypnotic trance is, of course, Hopkins’ charm: how gracefully he treads upon the line between speaking and singing, and there is a nobility in the fact that his music is desirable for its own sake (for in music “all’s to one thing wrought!”).5 Yet, if we are to acquire a holistic view of his poetry—down to the very bones of its meaning—we must snap ourselves into sense and perform the kind of x-ray that can only be done with logic, common sense, and the Oxford English dictionary. With “couple-colored” eyes, we must look inside and out in the same glance.

To show you what I mean, let us consider the two-toned relationship between style and content in Hopkin’s iconic poem “Pied Beauty”:

GLORY be to God for dappled things—
For skies of couple-colour as a brinded cow;
For rose-moles all in stipple upon trout that swim;
Fresh-firecoal chestnut-falls; finches’ wings;
Landscape plotted and pieced—fold, fallow, and plough;
And àll tràdes, their gear and tackle and trim.
All things counter, original, spare, strange;
Whatever is fickle, freckled (who knows how?)
With swift, slow; sweet, sour; adazzle, dim;
He fathers-forth whose beauty is past change:
Praise him.6

As before, Hopkins entrances us with clusters of two-toned sounds and parallel constructions: end rhyme (“things” … “wings”), alliteration (“couple-colour”), assonance (“rose-moles), repeated syntax (“For skies … For rose-moles”), the juxtaposition of opposites (“sweet, sour”), and five accented syllables per line. Since this is an abbreviated sonnet, its overall structure is also two-toned. Typically a sonnet has two sections: the first eight lines (the “octet”) present a problem or observation, then the final six lines (the “sestet”) present a solution or analyze the observation. The last two lines of the sestet also usually offer a wit-wrapped surprise: a clever punch-line, an unexpected metaphor, a paradox, or some inventive reversal. In this case, Hopkins has reduced the octet to six lines and the sestet to four and a half lines. You can tell because a distinct change in the triadic rhyme scheme occurs between line six and seven: abcabc|dbcdc. Before we even consider the meaning of the poem, we can predict the two-toned form will create a two-toned argument—one characterized by a call and a response.

Considering the content more closely, we find puzzles similar to those we encountered in “Inversnaid”: invented compounds (“rose-moles”), some rural jargon (“brinded”), and uncommon definitions of common words (“spare”). For the average reader, however, the main roadblock is the imagery. Few folks these days can provide an off-the-cuff description of a European finch, or a newly-fallen chestnut, or a brown trout. To “click on” the light of our imagination, we may need to take a few extra minutes—there is enough time even in this short life to relish a poem—to find some photographs. Once we have a clear gallery of images in our memory, we can return to the poem’s title, since it often gives us a sense of what the whole poem is about.

“Pied Beauty” here refers not to “pious beauty,” but to two-colored beauty (think of the “pied” piper of Hamlin). As the title anticipates, the first section of the poem thanks God for adorning creation with a multi-colored beauty: the sky is blue and white (“couple-coloured”); cows are “brinded” (streaked or spotted with a second color); brown trouts are freckled with red spots encircled by lighter rings (“rose-moles”); freshly fallen chestnuts, red as coals, are tucked in green-gold shells (Fresh-firecoal chestnut-falls); European finch wings are black with yellow bands; the landscape is marbled with the many hues of stone sheep pens (“folds”), unsown farmland (“fallow”), and tilled fields (“plough”); and society is variegated with the many tools and trappings of man’s trades (“their gear and tackle and trim”). In a word, the world’s beauty is multiplicitous, many-bodied, yet enrobed in the flesh of singular beings.

As fractured and distinct as these images are, they are linked on a more universal level. Taken together, they emblemize the entire “chain of being”: from the inanimate elements (“sky”), to plants (“chestnut”), to fish (“trout”), to birds (“finch”), to mammals (“cow”), and to a humanity who tames nature with art (“landscape plotted and pieced … And àll tràdes”). On a symbolic level, the poem reveals “an ever-expanding system of relationships which ultimately embraces the entire cosmos.”7 This large-scale unity is accentuated by the fact that the animals Hopkins chooses have a scientific secret: under Victorian practices of classification (a la Carl Linnaeus), the cow was considered “the largest, most diverse, and most widely distributed genus among the mammals,” the finch was “the largest of all genera of birds,” and the trout was within “the largest genus among fish.”8 The trout, in fact, was “the most difficult fish to classify because of its irregularities in anatomy, its great variation of color and habit, and its power of adaptability to its environment.”9 In other words, Hopkins chose images that not only befit a brisk country walk, but that suitably represent the singularity and diversity of all earthly beings. 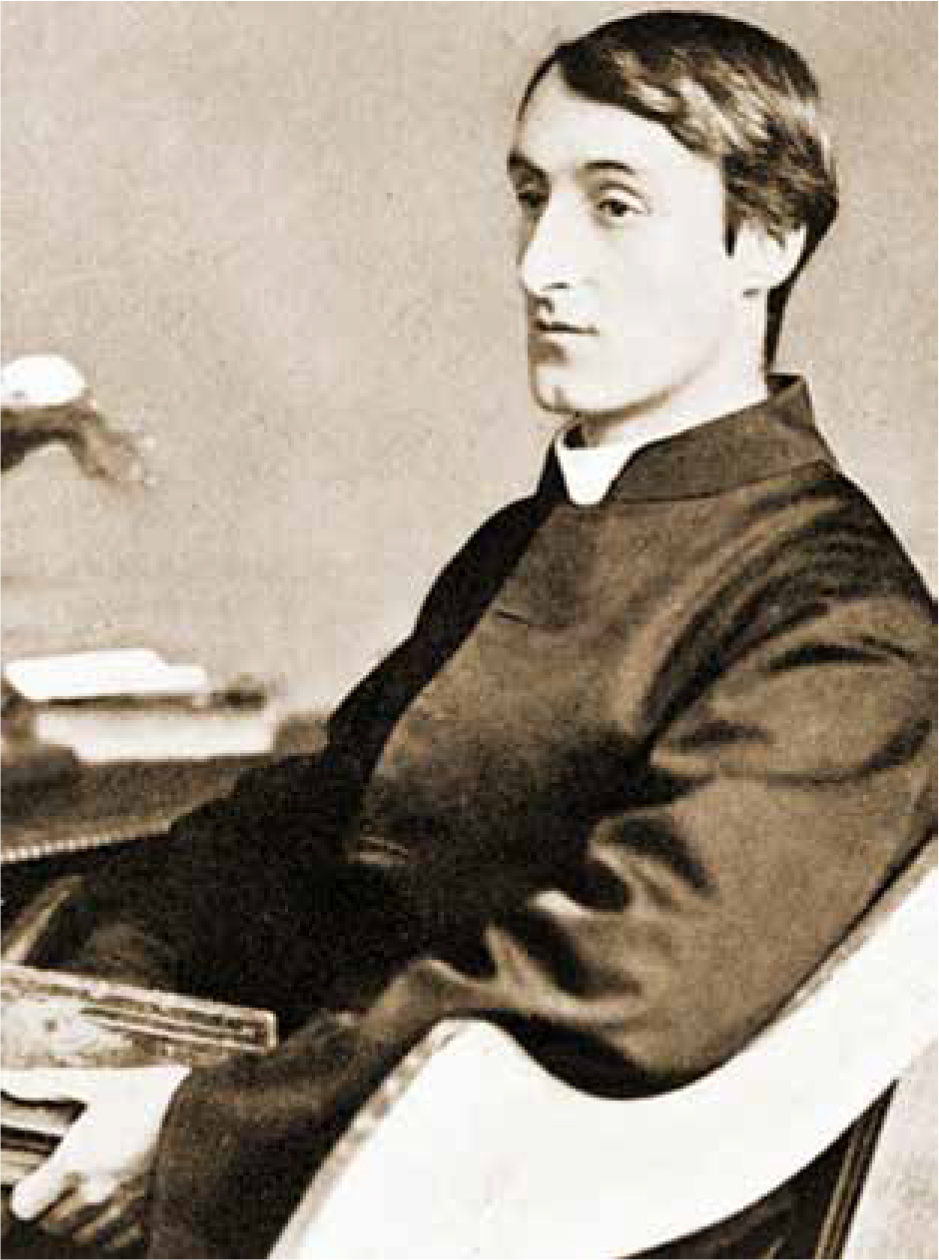 In the second section of the poem (beginning at line seven), Hopkins continues to enlarge our scope by describing properties that all material beings share:

All things counter, original, spare, strange;
Whatever is fickle, freckled (who knows how?)
With swift, slow; sweet, sour; adazzle, dim;

As distinct as the sky, a chestnut, a trout, a finch, a cow, farmland, and men may seem, they have more in common than we might admit:

With the compact wit we would hope from a sonnet, the concluding lines turn the entire poem on its head: “He fathers-forth whose beauty is past change. / Praise him.” This is what I call a gobstopping finale. Here we have been adoring the world’s “two-fold beauty” for nine hypnotizing lines only to end with God’s one-fold beauty. At first glance, this resolution seems to subvert “pied beauty” altogether by replacing it with God’s divine attributes. Admittedly, the very properties that Hopkins admires in creation—changeability, multiplicity, and particularity—are signs that creation is not divine in nature. God, after all, has none of these attributes. Being immutable, He is supremely simple, supremely one, and cannot be divided into parts (the persons of the Trinity being “consubstantial”). While our existence is particular, one-of-a-kind, His is all-containing—all-of-a-kind, we might say. Of course, the trick of the poem is that, as much as God’s attributes are contrary to ours, his Undivided beauty underlies even the most multiplicitous articles of creation. By His salvific grace, the changeable is bound for changelessness, and the many are bound for unity; for Christ’s Mystical Body converts limbs into divisionless wholes. In this sense, the truer “pied beauty” is the harmonious counterpoint between God’s beauty and man’s, or between Christ’s two-toned natures and a good-yet-fallen world. Of course, in another sense, creation’s multiplicity is, in itself, an analogue of God’s oneness: as a universal property of matter, it binds together every page of nature’s book. To some ironic extent, we transcend change when we contemplate the universal order of the world’s mutable and multiplied beauty. For as much as “all creation is separation,” as Chesterton observes, all creation is also containlessly contained in God.11

If anyone could convince me that one plus one equals one, Hopkins would be the man. He has a way of welding multiplicity into unity, of crossing the eyes, of ending where he began. When he seems impossible to understand, he sounds pretty enough to believe—only remember, he has the kind of tongue that is yours. Don’t starve your voice by not feeding upon his.