Building Bridges from East to West

Building bridges is specifically the task of a bishop. Bishop, in Latin, is called “Pontifex.” And a pontifex is a bridge builder. Pontifex comes from the two Latin words, pons, meaning a bridge; and facio to make. In a similar way, a pope is called a “Pontifex Maximus.” In other words, the pope is the superlative bridge builder. He helps earthly man cross over to heavenly salvation. Therefore, when speaking to people who do not have the fullness of the Catholic Faith, using a method of bridge building is entirely consistent with the Traditional Catholic approach to missionary activity found in the very title of who a bishop is supposed to be.

In this article, a small bridge will be built between East and West. By “East” is meant the religions of Asia. By “West” is meant Christianity or Rome. Two common words that come from the East will be analyzed and judged with respect to “Western” Catholic theology. These two words are well known to most people and have found their way into our everyday vocabulary. They are “karma” and “reincarnation.” In many respects, belief in these go hand in hand. Somewhat surprisingly, these words even find their way onto the lips of people who call themselves “Traditional Catholics.”

The first word that most are familiar with is “karma.” Karma means action, work or deed.  Karma also refers to a principle of cause and effect. According to Karmic Law, good actions or intentions produce good influences and evil actions or intentions produce evil outcomes. This Karmic principle can be found in the Eastern religions of Hinduism, Buddhism, Jainism, Taoism, and others. 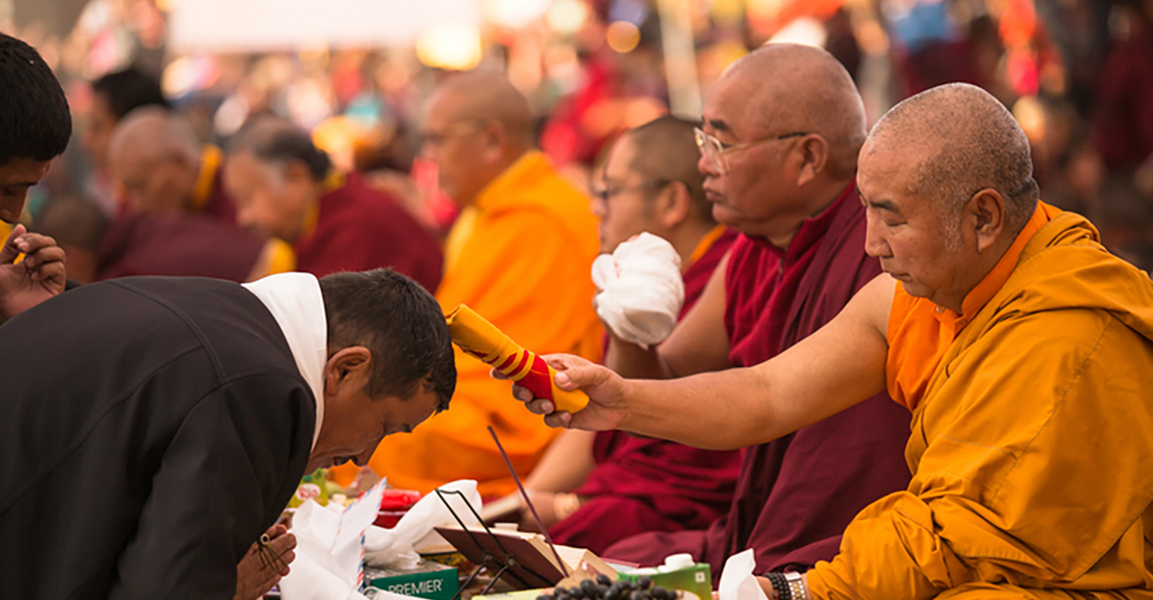 According to Karmic Law, the present situation of an individual can be explained by reference to their previous actions—whether those actions occurred in their present life or in one of their previous lives. This understanding of Karmic law is similar to the 19th century ﻿physicist Pierre LaPlace’s deterministic view of the universe. Employing the laws of classical Newtonian mechanics, LaPlace believed if an omniscient observer knew the position and velocities of every particle in the universe, such an observer could explain the state of the present and future situations of the world. Karmic law does not posit such an omniscient observer, but it does hold to a fully explanatory belief that the present and future state of affairs is entirely explainable by past actions. Thus everything we say and do determines what is going to happen to us in the future. It all gets recorded (by what or by whom this is not indicated) and the results of this “record” will become manifest at some point in this life or in a future life. Though, according to Karmic Law, we can﻿not know how or when the results of our actions will become manifest, nevertheless, it is certain that its manifestations will occur. No one, therefore, gets away with anything.

Having briefly identified the Law of Karma as generally held in Eastern religions, let us now build a bridge to Christian belief. Perhaps the classic text that is similar to Karmic Law is to be found in St. Paul’s letter to the Galatians 6:8:

We will now cite various references from the Bible to show that sacred Scripture supports a similar belief in Karmic Law. In Christianity, Karmic law would be called, “divine justice.” divine justice, simply put, is defined by St. Paul in II Cor. 5:10: “For we must appear before the judgment seat of Christ, so that each one may receive what is due for what he has done in the body, whether good or evil.” Other examples of divine justice follow. Our Lord, in St. Luke 6:38 says: “For with the measure you use it will be measured back to you.” And in Matthew 5:7: “Blessed are the merciful, for they shall receive mercy.” St. Paul again says: “For the wrongdoer will be paid back for the wrong he has done…” (Col. 3:25). In Job 4:8: “those who plow iniquity and sow trouble reap the same.” In Isaiah 3:11, “for what his hands have dealt out shall be done to him.” And in Ps. 61 we read: “… for thou (O Lord) wilt render to every man according to his works” (Ps. 61:13). All of these verses are in harmony with the notion of Karmic Law.

We also find parallels to Karmic Law in the four necessary truths. The fourth necessary truth, from the Baltimore Catechism, goes like this: “God will reward the good and punish the wicked.” This truth is very similar to Karmic Law, for as Christians, we do not specify whether the reward or punishment will take place in this life or in the next.

So, what is the problem with Karma as an Eastern Religious doctrine? One of the problems is that this belief is tied to a broader religious belief system in which there is not a single personal supreme being. For example, in Hinduism, Brahman is the highest Universal Principle (not person) which is a “cosmic principle.” In Buddhism, there is ultimately no such thing as a (personal) self in any being whatsoever. In short, if the Law of Karma were properly understood, it would need an “omniscient observer”—i.e. a God, for it to work properly. Having a Law of Karma without such a personal supreme being, would be like having a creation without a creator, a law without a lawgiver, and a judgment without a judge.

The other problem with Karmic belief is that it is usually tied into another Eastern belief: that of reincarnation. According to Asian religions, all life forms are said to go through cycles of births and rebirths. The quality of what one is born into depends upon one’s karma. This cycle continues indefinitely until one reaches moksa—the liberation from the reincarnation cycles of birth and rebirth. Moksa is a blissful state of existence where all karmic bonds are broken. Moksa certainly sounds like Heaven but getting there is conceptually a lot simpler for the Christian. In Christian belief ﻿there is only one life to be lived and after this life, Heaven (or Hell) is obtained. As St Paul writes in Hebrews 9:27, “And it is appointed unto men once to die, and after this the judgment.” So, while a belief in Karma has some close affinities with Christian belief, its ancillary belief in reincarnation, with the belief that we have multiple lives, can﻿not be accepted. Regardless of those who claim to know of their past lives—and certainly the Christian can accept that our present life has been influenced by past generations—our souls have been individually created directly by God for one and only one life. And this single life will be judged accordingly at its termination, with reward or punishment.

As there is an increase in exposure to a large variety of religious beliefs arounds the world, the Catholic is challenged to know one’s Faith in order to defend and propagate it. To do so, bridges need to be built in order to speak with people of different religions to help them accept the truth of Christianity. This was the method used by many Christian missionaries back in the day when it was not a problem to evangelize non-Christians.  Some Eastern beliefs resonate well with Christian belief and some do not. In helping people accept the truth of Christianity, we start building the bridge with their beliefs that are somewhat compatible and slowly work to the opposite shore of truth in such a way that they can recognize their current errors and fully accept all the truths of Christianity.