In a recent YouTube interview, Catholic priest turned Fantasy novelist Fr. J. Augustine Wetta reveals that the idea for his novel The Eight﻿h Arrow came during a conversation with British Fantasy novelist Philip Pullman. Fr. Wetta, who admires Pullman’s writing abilities while disagreeing with his atheism, was intrigued by the fact that the latter had written a novel set in the same fictional universe as John Milton’s Paradise Lost. As they talked, Fr. Wetta suggested that Pullman could also write a novel set in the same fictional universe as Dante’s Divine Comedy. Pullman replied that he hates Dante, but urged Fr. Wetta to write such a book himself. The resulting novel, which was published last September by Ignatius Press, is already being compared to the writings of the Inklings. This is its story.

After spending 3,000 years with his fellow tricksters in the Eighth Circle of Hell, Odysseus, the anti-hero of Homer’s Iliad and Odyssey, has two unexpected visitors. In a voice with “a faintly Trojan ring,” one of the visitors asks, “You there—you two, who burn together, speak. Tell us who you are and how you died.”

Odysseus replies, “I am Odysseus, King of Ithaca, and this blistered mess to my left is brave Diomedes, Conqueror of Thebes.”

The visitor replies, “Speak to us then, Odysseus of Ithaca, for I am Publius Vergilius Maro, singer of tales. With me walks the poet Dante of the Alighieri.”

Odysseus responds, “It was my curiosity that killed me. Had to see the far ends of the earth. Fell right off the edge and landed here.” But as the two visitors are departing, Odysseus notices that Dante is leaving footprints behind.

Realizing that there must be a way out of Hades, Odysseus cries out a prayer to the goddess Athena, whom the Greeks called the Parthenos. To his shock, the flames die away and before him stands a woman robed in stars. She wears the storm shield of Zeus in her left hand and wears a helmet upon her head. Timid as fawns before a stream, Odysseus and Diomedes creep out of the fire and into her shining presence.

“Odysseus,” she says in a voice as clear as a bell, “You called. I h﻿ave come. Tell me, though, why have you waited so long ﻿to invoke my assistance?”

Odysseus replies, “Virgin Goddess, forgive us. You know everything already, so you must know that we have always had more courage than wisdom. Release us from this prison, and we will offer you a hundred bulls, pour forth rich, honeyed wine at your temple, and dust the fires of your altar with barley.”

The Virgin answers, “You used your wit as a weapon, Odysseus. You squandered your talent among brutes like Agamemnon and Achilles. And the worst of it, you son of Laertes, is that you knew better. Therefore, it is fitting that you find yourself in this prison.” She admits, however, that a general is needed. One who knows the geography of Hell and who can be as gentle as a dove and as wise as a snake.

When Odysseus pleads for the job, the Parthenos replies that the King she serves “has no use for a lying, thieving, adulterous, idolatrous crook like you.” She explains that to be worthy of her service, they must prove themselves. Before seeking to enter Heaven, they must bear witness to the Nine Rings of Hell and learn the limits of evil. Opening her cloak, she gives Odysseus and Diomedes their armor, swords, shields, Odysseus’ bow, a quiver of arrows, and a small leather pouch.

The Parthenos explains that she will not be with them for the journey. As they both lied and swindled their way into Hell, they must fight their way out. Adding that they now know their weakness but not her true name, she urges them to prefer their wits to their swords, to trust their armor over their arms, and to let mercy triumph over justice.

As she departs, Odysseus asks whether it was Zeus who consigned them to this prison. The Parthenos responds that it was not Zeus, but “He of the Four-Letter Name.”

Although some will be bothered by this novel’s suggestion that it is possible for the souls of the damned to escape from Hell, they need simply be reminded that “Athena” is really the Blessed Virgin, whose powers of intercession are attested to by the Church Fathers.

If this is not enough, a simple reference to the disclaimer at the beginning should suffice. Fr. Wetta explains that his novel is a work of fiction, but that it provides an avenue of escape for those righteous souls, like Pope St. Celestine V, whom Dante’s pen confined to a fictional Hell and a fictional Limbo. This should reassure even the most hardened sceptic.

Finding themselves outside the entrance to the underworld, Odysseus and Diomedes begin a quest that will bring them through Limbo and all Nine Circles of the Inferno. In Limbo, they encounter the blind poet Homer, who has long wanted to meet Odysseus but who had known him to be farther down. Homer reveals that Penelope, Odysseus’ long-suffering wife, is also in Limbo.

In a brief and painful reunion, Odysseus realizes not only how deeply he has hurt Penelope, but also that his wife is a much, much better person than he is and that he wants to make her proud. Penelope tells him that, until he returns for her, she will remain at her loom, praying to the Parthenos to protect her husband. As Odysseus departs, Penelope calls out the traditional parting cry of women in Classical Greece, “Come back with your shield, or come back on it!”

As Odysseus and Diomedes continue their quest, they encounter, not only the fallen angels who dominate Hell, but also Helen of Troy, the shapeshifting magician Proteus, numerous figures from Greek Mythology, and, ultimately, the Devil himself. In the climax, Odysseus learns that even the ultimate evil is powerless in the face of virtue. This realization is worth the price of the book in itself.

The last word is best left to St. Antony the Great, “Since Our Lord lived, the enemy is fallen, and his powers have lost their strength. Therefore, though he can do nothing, nevertheless, like a fallen tyrant, he does not rest, but threatens, though it be but words. Let each of you think of that, and he can despise the demons.” 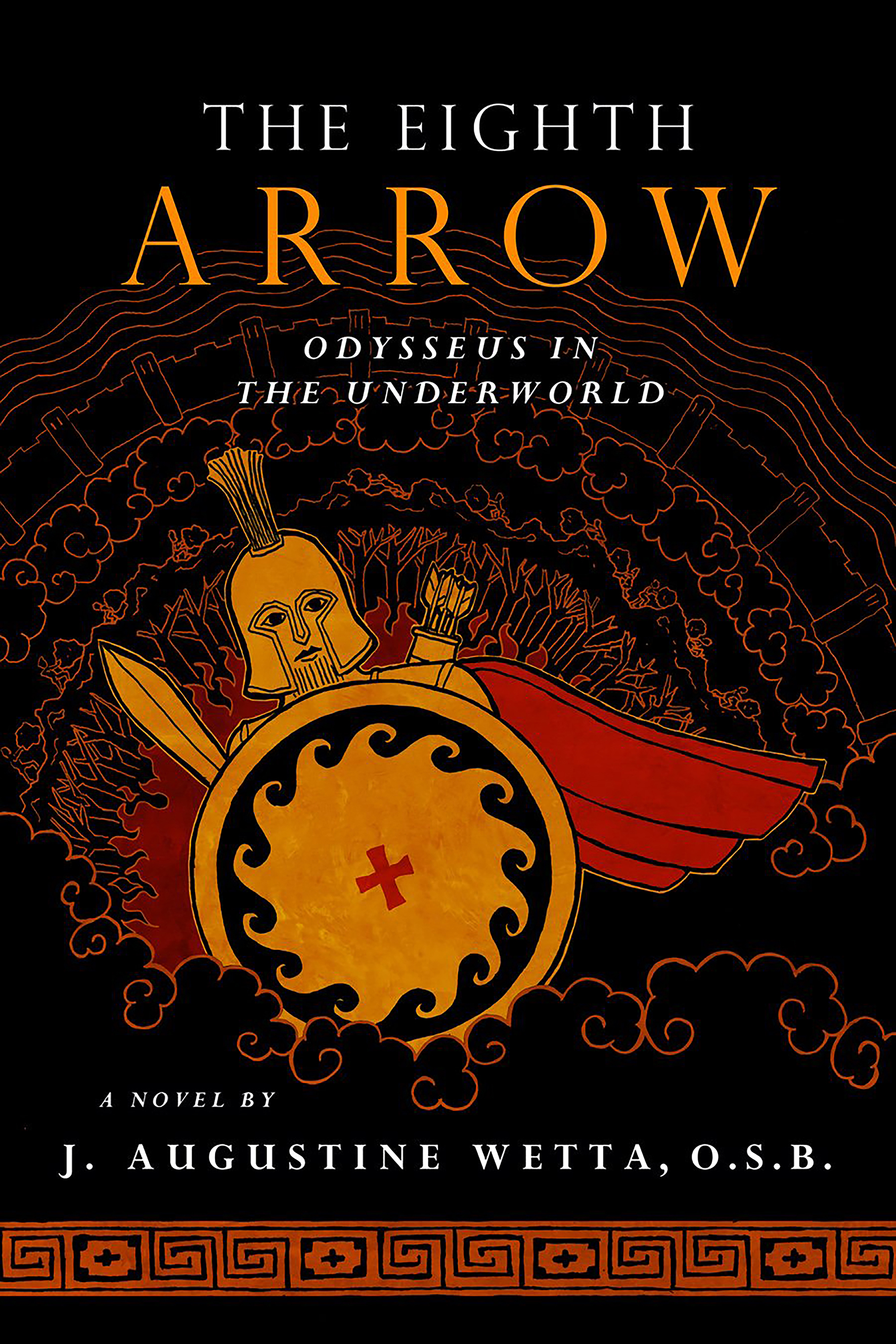