The Sacred Heart Basilica of Paray-le-Monial 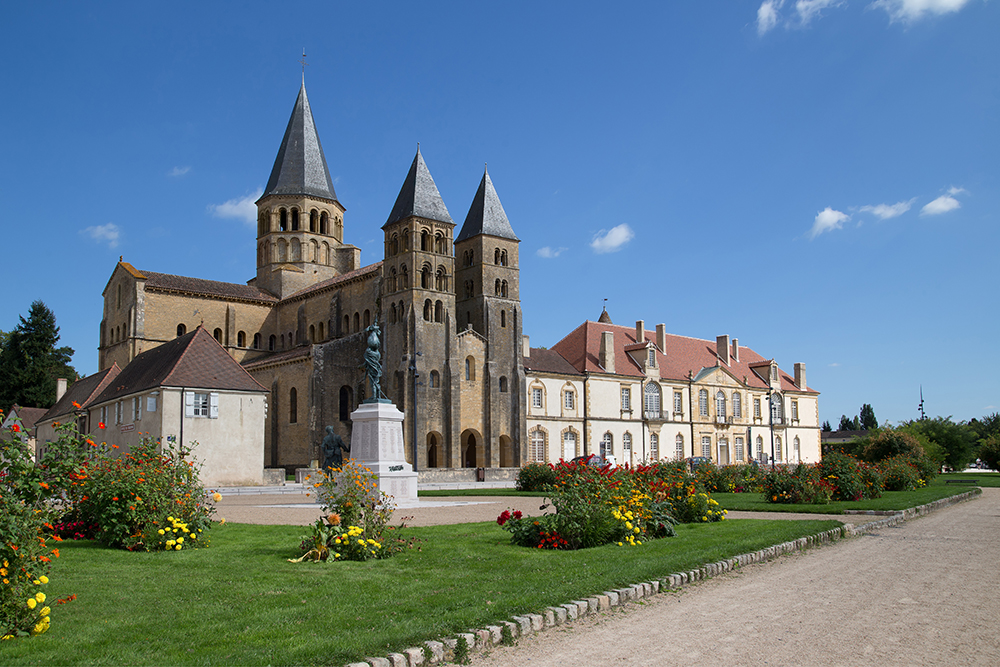 Paray-le-Monial has become a much-frequented place of pilgrimage since 1873, as many as 100,000 pilgrims arriving yearly from all parts of Europe and America. The most venerated spot is the Chapel of the Visitation, where most of the apparitions to Blessed Margaret Mary Alacoque took place. Next comes the Basilica of the Sacred Heart, in charge of secular chaplains, formerly the church of the monks, which is one of the most beautiful monuments of Cluniac architecture (10th or 11th century).

In 973, a Benedictine Abbey was created in Paray. A few years later, the monastery was donated to the Order of Cluny. Soon after, a church was consecrated. A new priory church was built in 1092. It is the replica of Cluny III. During the Revolution, the monks left Paray and the City Council bought the building. In 1794, the monks’ church became a parish church. It was classified a Historical Monument in 1846. Pope Pius IX promoted the church to the status of minor basilica in 1875, and dedicated it to the Sacred Heart in remembrance of the apparitions of Christ in the 17th century to St. Margaret Mary Alacoque, a Visitation nun and of the great pilgrimages following these apparitions. It was restored in the 19th century. In 1992, Paray celebrated with great p﻿omp the 9th cent﻿ennial of the building.

Outside, stand facing the west side of the basilica, and notice the difference between the two towers. The one on the right dates back to the 11th century and is the remains of the first church. The one on the left is from the 12th century. As you walk along the northern side, you come to the side doorway the most ornate. Note the richness and the beauty of the sculptures: the friezes of roses, the moti﻿fs on the columns. Continue your outside visit and admire the pyramid-shaped chevet, a pure Romanesque masterpiece. The radiating chapels, the successive offsets from the ground level to the bell tower, the balance between the shapes and the volumes are of a rare harmony. The southern doorway leads to the cloister of the priory, the last Cluny Benedictine priory built in the 18th century.

You will enter the church through the narthex. As you walk into the nave you will be struck by the simplicity of the decoration. The important height, made possible by the pointed barrel vault, results in the good lighting of the building. The transept crossing is a dome on squinches (an arch, lintel, corbeling, or the like, carried across the corner of a room to support a superimposed mass). On the semi-dome vault of the choir a painting, discovered in 1935, represents the Pantocrat﻿or, Christ in glory, of Byzantine inspiration, perhaps from the 14th century. It was unfortunately being renovated and hidden when I was there. All around the choir, the ambulatory is remarkably elegant with its slender columns, its rows of checked pattern billets, and its groined vault. The Gothic chapel of the southern arm of the transept was built in the 15th century as a burial chapel. It is the chapel of the Holy Sacrament. On the left of the transept, the monks’ granite hand-basin of the 15th century is now used as a holy water font. In summer, the visitor may also walk upstairs to the high chapel over the narthex which offers a very good view of the nave.

Walking, sitting, contemplating, all here contributes to the charm and lightness of this monument built in the very heart of the Val d’Or. 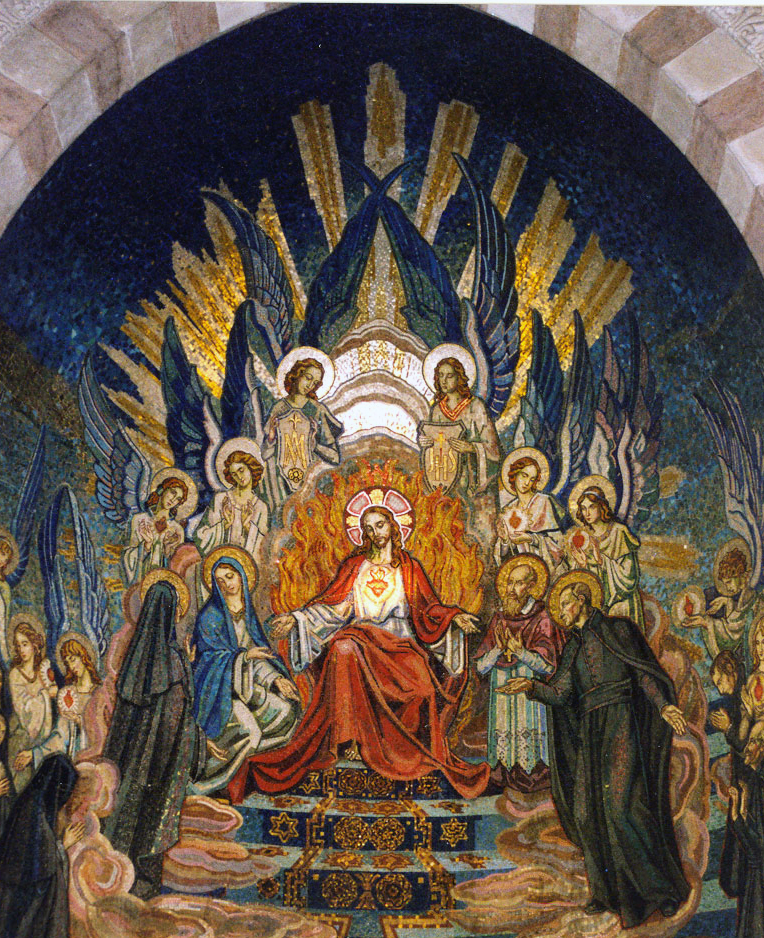 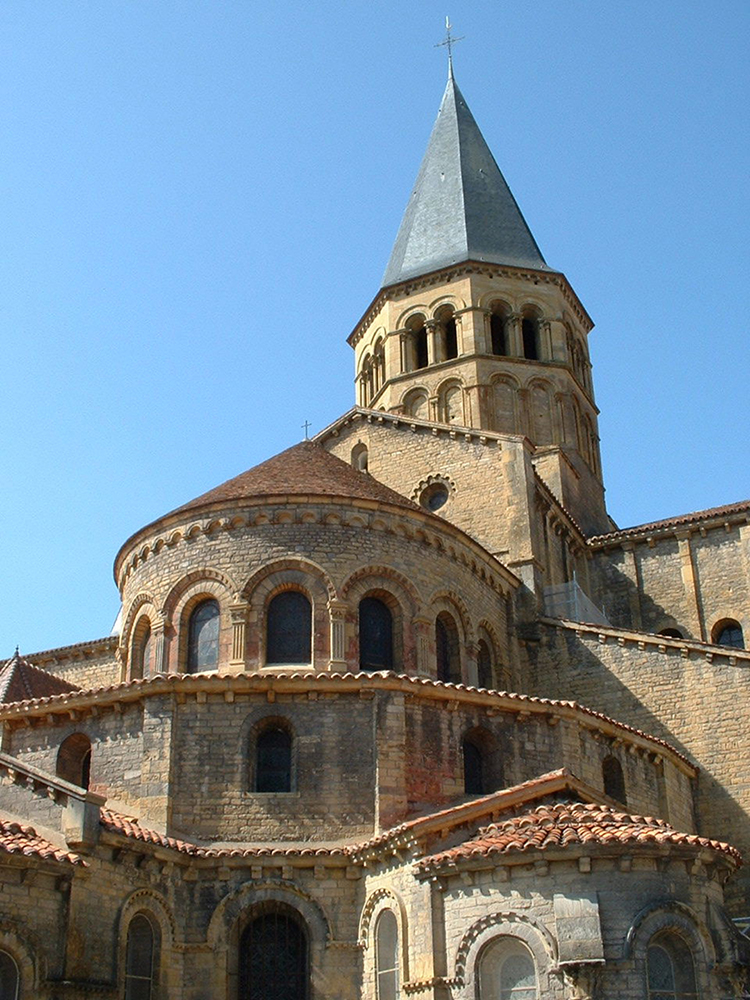 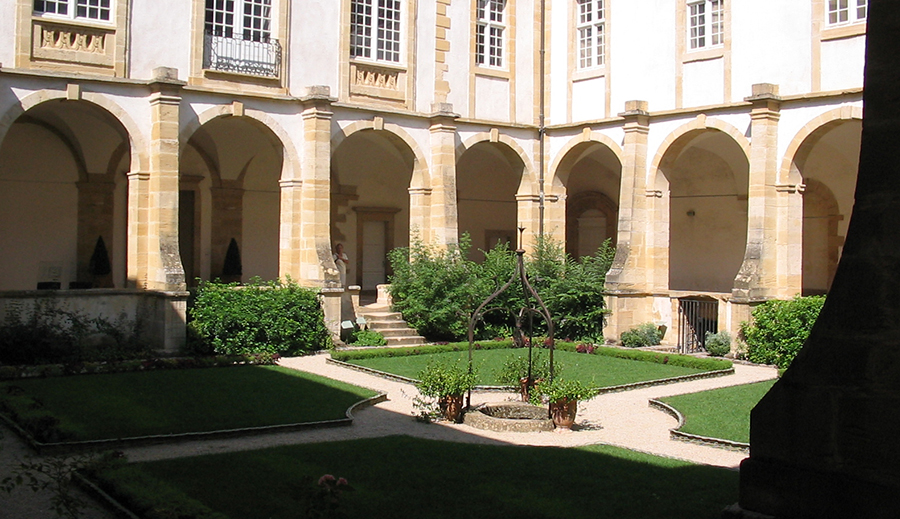