A Father for Our Times

The call we all knew had to come, did so on the eve of St. Joseph’s feast, around the time of First Vespers. My father, just returned from a walk along the shores of beautiful Lake Chautauqua in Western New York, where he loved to go and pray his rosaries, had collapsed and died of a massive heart attack. He was 72.

Paul J. Beck was, in many respects, a very ordinary man. Quiet and unassuming, he worked as a simple laborer all his life and enjoyed a peaceful existence with his family out in the country, appreciating the simple pleasures one might expect a Catholic family man to enjoy. As a father, however, Dad was not ordinary at all, and it went far beyond the fact that God blessed his marriage with seven boys (one a priest) and 10 girls (four religious sisters). All 17 of us were profoundly marked by his fatherly example, love and leadership.

In a world lost in foolish frivolity, my father took serious things seriously. Not that he couldn’t be lighthearted—quite the contrary: we came to recognize a certain twinkle in his eye that invariably meant he was up to some mischief! Often Mom was the target of playfulness that might include a shaving cream war, or a water fight, while we kids would whoop and holler in laughter, and then smile happily when Dad would end by pulling her onto his lap and presenting his cheek for a kiss of forgiveness! 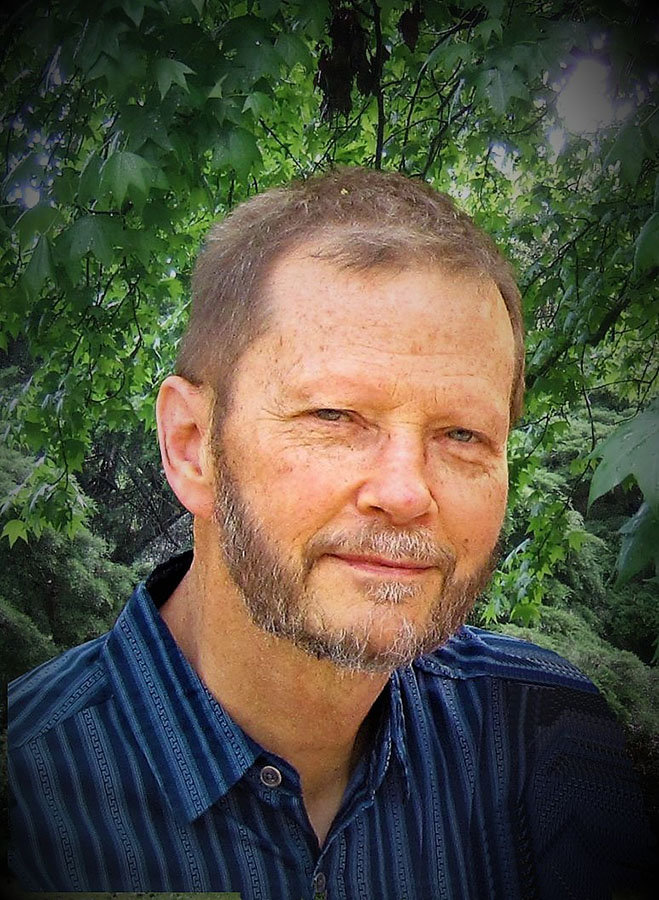 For all such moments, however, Dad’s life was one determined by the things that truly mattered: his family…his Church…God. He took his responsibilities as husband and father very seriously, and from the time he married at 18, took pains to equip himself to lead and take care of his family.

Early on he bought an old fixer-upper house, but money was scarce with a meager salary and already several children in tow…so he borrowed books from the local library and studied plumbing and electrical wiring and carpentry, and did the work himself over a period of several decades. Not very efficient, but we children all learned how to make do with what we had, and how to work—invaluable lessons for any child —and moreover, we learned how beautifully Providence takes care of a large Catholic family!

Dad didn’t read only to acquire practical skills: he read also to better his understanding of the Catholic Faith, and to be better able to guide and raise his family. It didn’t matter how busy he was; reading a little each day was a priority. Mom at one point was greatly struggling, worn out from the heavy load of a half dozen little ones, and more work than she could ever manage. She told us that Dad advised her to stop worrying about getting everything done: she and the family both would be much better off, he said, if she would put God first by making sure she took more time for her prayers and some spiritual reading each day. She took his advice, and found it helped her more than she would have ever thought possible.

When we children reached a certain age, our early teens, perhaps, we were encouraged to follow suit. Dad was never one to say much, but we each received a copy of My Daily Bread in our Christmas stocking one year (mixed in, of course, with all that one might expect to find in a stocking!), and he suggested reading a chapter a day. Another time it was a copy of the New Testament, with a similar suggestion, and so on. Although we weren’t always good about following through, an important seed had been planted, and one that bore much fruit even in our youth.

Dad took the time to do things well. Work around the house, mapping out a trip, laying out the large garden that was essential to us—all was done deliberately and without hurry. Assigned chores were subject to his inspection when he came home from work, and there were times when he would show us that our efforts were not up to snuff. For the most part, however, his example had taught us well: if a thing was worth doing—be it chores, homework, a letter to Grandma, or wrapping a present—it was worth doing well.

My father never acted quickly, even in relatively minor things. When we would go to him for a permission, the answer was more often than not, “Let me think about it.” Whether the response that came in due time was the one we had been hoping for or not, it was final—that much we knew. Dad’s whole life was like that: there was about him a quiet but very steady determination, born of reflection and purposeful decision. He knew what mattered more, and what mattered less.

For many years he served as coordinator at Our Lady of the Rosary, the Society’s mission chapel in Buffalo. As such he worked very closely with the priests, and at times, human beings being what they are, things were less than perfect. Those at home were tempted on occasion to poke fun at certain eccentricities, or to criticize this or that decision or flaw. Dad would invariably say something to put things in perspective: perhaps bringing up a mitigating circumstance, perhaps noting his appreciation for the priest’s sermons or catechism classes, or saying that he had found him helpful in confession. I never once remember Dad saying something critical about a priest. For him, a priest was a priest, regardless of any weaknesses he might have.

We were profoundly marked by Dad’s affection. Being human, and melancholic in temperament, the surface things were not always perfect: he could be moody, perturbed by little things, and impatient. All of us knew, however, beyond the shadow of a doubt, that he loved us. His affection was deep and real, never showy or pretentious. His words of advice were few but weighty, his silence measured; his concern for where each one of us was, and what he needed to do to help us, was unquestioned.

As we grew up, we frequently welcomed company in the home on Friday evenings or weekends, and our young friends and cousins were invariably much struck by Dad’s presence and quiet authority. “Your dad always seemed so perfect a father,” one such visitor wrote to a family member just weeks before Dad’s death, “strong and scary, but so kind you always wanted to make him happy! Honestly, how we should feel towards God.” Informed of Dad’s death, she added the following in a short note: “Mr. Beck was always so kind and paternal, even to those of us who were not his children. I consider him one of the greatest men I have ever met, and he holds a very dear place in my heart.”

Dad was at his best in times of great trial. My brother Francis, 18, was killed in an automobile accident in 2002, and it fell on me to break the news to my parents. Mom, as any mother would, broke down sobbing, and Dad took her into his arms, quiet and strong, shaking his head as I explained what had happened, but composed and accepting. He was a beacon of strength for all of us in the days that followed. I will never see anything more beautiful than the careful attention with which he put the final touches on Francis’ grave the day we laid him to rest.

Another example of Dad at his best was when he had his second major heart attack 12 years ago. The children still living at home were called to his side in the middle of the night. The ambulance had not yet arrived, and Dad, in great pain and certain that this was his final hour, spoke quietly to each one, telling them of his love, encouraging each in particular efforts, and asking pardon for his shortcomings as a father. Cordelia’s response to her father in King Lear, “No cause, no cause,” comes very much to mind.

The quiet strength in times of trial that was so vividly manifested in Dad was not his own, but that of the Father from whom all fatherhood receives its name.

Dad, quietly and unobtrusively, was a man of prayer. We children all remember watching him pray when we were little, very much struck by his recollection, most especially during his thanksgiving after Mass. We would sit quietly in the pew waiting for him to be finished, knowing without being told that it would never do to disturb him!

We were not the first to notice this profound spirit of prayer. My mother, only 16 and not a Catholic when she married my father, noticed how he would go to his knees without fail every morning and evening, and then again to pray his Rosary. He did so quietly, and without comment, but she was drawn by the example of a man who took his Faith so seriously, and one day took it upon herself to knock at the door of the church rectory nearby while Dad was at work. “Can I help you with something, Miss?” asked the priest who answered the door. “Yes, I want to become a Catholic,” came the reply, and she was invited in to get things started.

Dad had a great love for the Rosary, especially as a Dominican Tertiary, and we prayed it every day as a family. Sometimes we were perhaps a little hopeful that he would forget, but that never happened. Evening would come, and at a given point the tinkling of a bell would call us from whatever we were doing to assemble in the living room or on the porch. The little ones would sit close to Dad, one in front of him, two others on each side, the more easily to be reminded—gently, but firmly—that this was quiet time.

From the time we were little, the very first thing we did as we set out on a trip was to pray our Rosary. Francis was killed in a car accident just 20 minutes into a journey home, so almost certainly right after finishing his Rosary. Dad prayed the entire 15 decades of the Rosary for many years, often taking a walk by himself for this purpose. So it was that God in His most bountiful mercy called him to Himself, as He had Francis, just moments after one such walk in the company of Our Lady.

Our Heavenly Father, ever compassionate and understanding as we make our way in this valley of tears, has a way of speaking most paternally in times of sorrow. 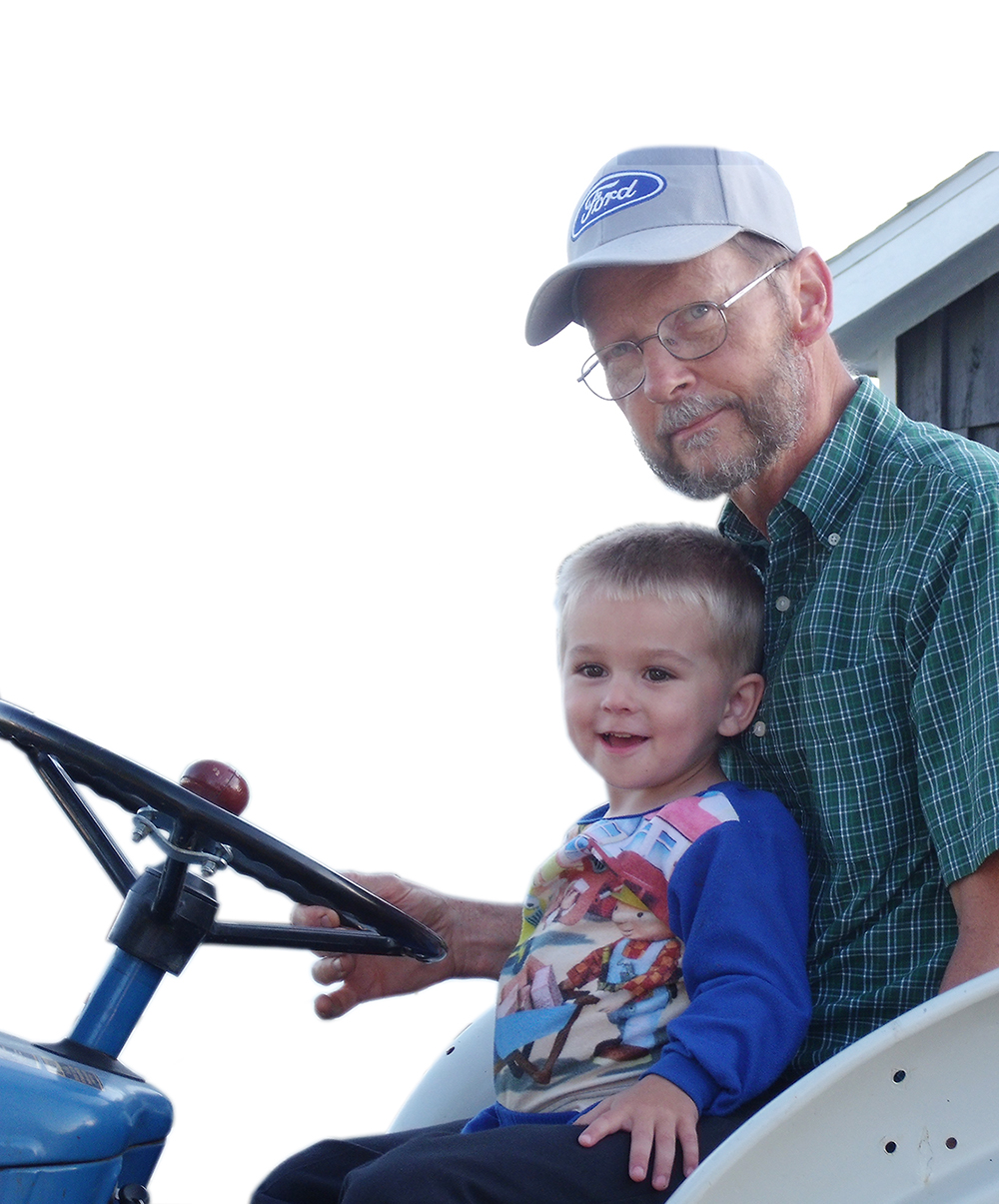