Practically speaking, compared to the woman, man is weak. Although modern legislation has withdrawn the prerogatives of the father which were those given by Aristotle and St. Paul, this fragility has always been present, not just in today’s world.

The Fragility of the Father

In order to demonstrate this, let us go back to Genesis. Adam senses that something is missing. The other animals which he has just named cannot give him the proximity for which he yearns. God hears him, that is to say, God agrees that Adam is incomplete, and therefore, he plunges him into a deep sleep and fashions Eve from his side. The first couple is made from the incomplete Adam whose complement, Eve, will dominate over him. This is not an imaginary situation; this is Revelation: it really happened this way! Analogically, man is fragile because he ignores the complementary object which he needs—the object of his searchings and of his thoughts. This complement is capable of crushing him or, on the contrary, of withdrawing from him.

This sounds abstract, but if we observe the birth of an infant, we see that he is the most vulnerable creature that can exist. He cannot live independently; he is utterly ignorant. And whoever is utterly ignorant is insecure, incompetent, and prey to superstition. This is the starting point from which he needs to grow out of progressively in order to acquire maturity, because a man is mature when he can ensure his subsistence, make decisions, create his livelihood, and transmit his spirit and wisdom.

Concretely, the mother is certain. Life begins in her material body during what we call “the time of fusion” (mother and fetus cohabitate without confusion). The mother is certain, but the father is always uncertain: he does not have specific qualities by which the infant can identify him. The Roman axiom said “pater semper incertus—the father is always uncertain.” This creates great social problems if such a designation is left to the whim of anyone and, therefore, the Law jumps over the material designation and says: the father is the husband of the mother. Juridically speaking, paternity is determined.

But, because he knows nothing, the infant cannot make such a determination himself. He can do only two things: cry and suck. The infant is physically and sensibly united to the mother. It is the mother who shows the father to the child. This is what initiates the triple relation of father, mother, and child. Of this father the child knows nothing except through his mother. This means that the father can be disqualified during the pregnancy, in a State Court, or for an entire lifetime. The masculine function has intrinsic fragility. A father is in need of honors given to his valor and, if not, he turns into a bum—a man who has not matured.

The Function of the Father

In practice, this paternal function is anterior to the infant. Biologically speaking, it is necessary and superior to the competency of this new life. It is thus that the child forms a conception of the father: of reality that overwhelms and dominates the child. The growth of the child unfolds in a succession of mistakes and learning, thanks to which, the child understands the need for competent beings—the need for those who have brought him into the world. Paternity is discovered in the context of words, comportment, and of material needs.

At the same time, the paternal function is what presents the world to the child. He who is weaned from his father as an infant will have many troubles ahead of him! The royal way of education that transmits life dictates what will be made of this little man, as it should be done and done well. To Bernanos, it is clear that the bad mother is she who is selfishly possessive of her son while the father is absent. The virtuous mother, however, is she who speaks about the father and thereby supports his paternal function, dead, elsewhere, or simply out to lunch. The father whom the mother designates becomes a personal resource for the child.

The man who is called to paternity has the function of a guide and must account for the talents he received and employs with regards to his fatherhood. This father whom the child sees is shown to him by his mother as the one who filled her heart, who awakened fertility in her whereby the father and mother have both profited. This father is able to represent the heavenly Father whom one does not see. Of course, paternity also shows intermediaries, like the priest and the king, because fertility is the image (metonimia) of creation. The heavenly Father that we don’t see takes a symbolic place in the life of the child in which the visible father is the lieutenant. Here is a symbolic construction which articulates biology with the spiritual life. A good father can store everything he has learned with a spirit of submission saying: “I myself have received my name from my father!”

We understand the necessity for development (as harmonious as possible) in a fruitful home with a mother who is always turned toward the father when she seeks the direction she should take. She does not feel like this is a mortification or a cross; it is simply the order of complementarity according to the spirit of St. Paul and Aristotle. In his Nicomachean Ethics, Aristotle explains that the mother is further away from logos than a man. By this, it is not to say that the home is a “boxing ring” or that equality inevitably creates rivalry. On the contrary, Aristotle shows that complementarity creates harmony.

Otherwise stated, the function of the father is verbal. We manage existence with a code, the code of language. Language and vocabulary is the means to feel the present, past, and future, self and others. The mother refers to the father and must commit herself to the education of the child in the religion and the language of the father. This assures the maximum cohesion among the cracks. It ensures an orderly matrix which is not only maternal, but which includes also, and above all, the father. The father is the ruler who was the seducer (in the noble sense of the term) of the mother and of mutual love. Both parties formally engaged themselves in establishing the contexts conducive to fertility and the duties toward each other. 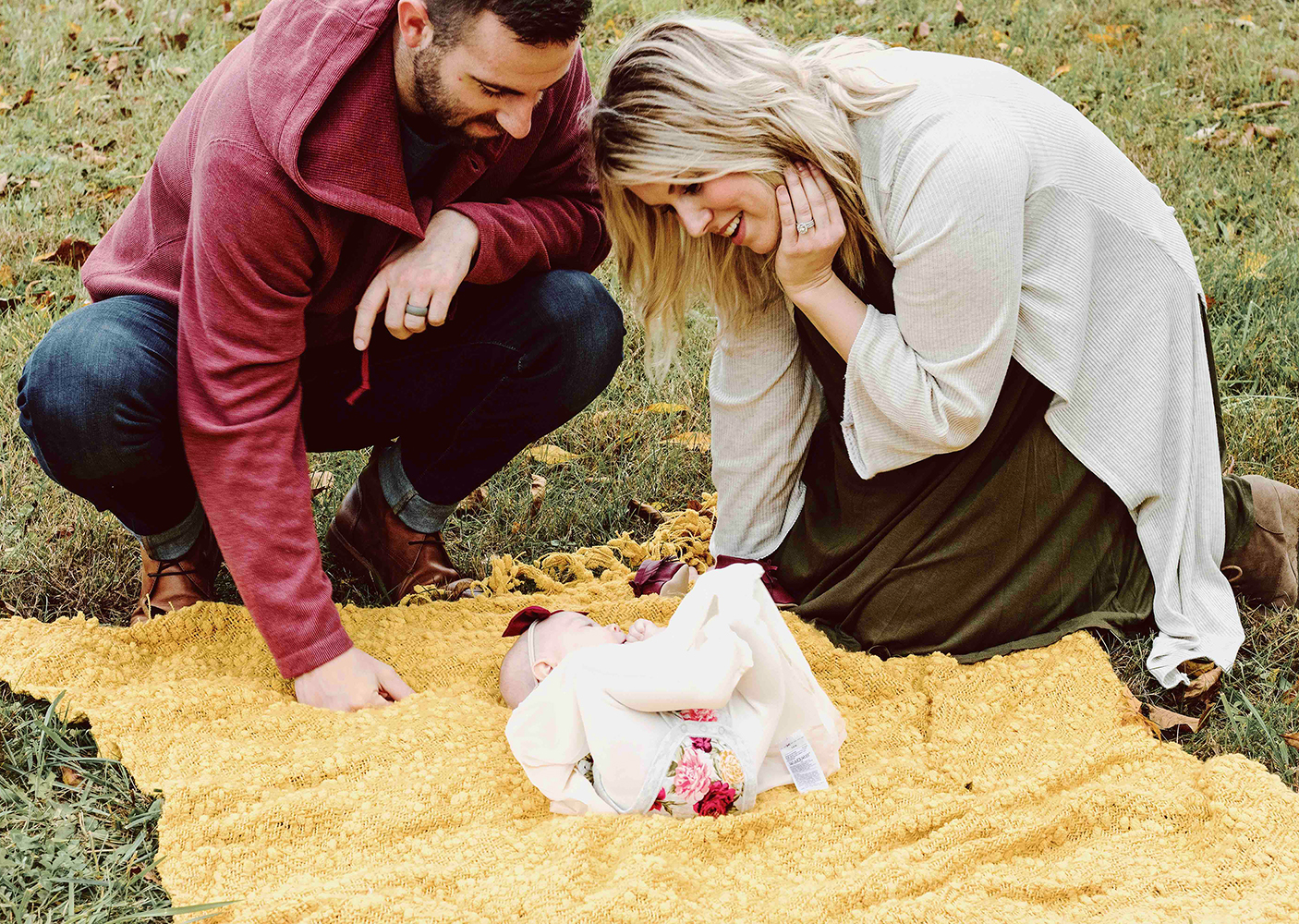 Disqualified by the Mother

I wanted to speak a little bit about the disqualification of the father by the mother. A mother that doesn’t understand the essential role of the father harms her sons because she deprives them of the model and the guide that they need, and she harms her daughters creating the illusion that only the mother is necessary for them. So, the mother, whose child was enclosed in her body, continues to enclose her children in a vision which brings them back to her womb. If, as one sees even today in traditional circles, she repeats the phrase of the grandmother of Charles de Gaulle: “The Lord could have invented another means of making women mothers.” And what do we see? The best for these disgusted women is that they remain unmarried. For them, man is a necessary evil for the time that he does his job. After which, he is discarded! But this is not the Christian order or even the natural order. Within marriage, man is the protector. Any woman who does not want a “boss” must not get married.

In our present times, everything concurs to disqualify the father, because the father can and should, in each generation, gather together all the powers inherent to his function. The father who shows the child the invisible heavenly Father upsets secular society. Such a father who shows the child the logos of existence is someone who is ready to defend his home, to defend his wife, to defend his child against the dangers of the world. The father is he who is ﻿capable of identifying the enemy of his designs.

And here is the drama of our times. For once, it is the Church that has ignored the father of the family. Since Gaudium et Spes the Church “has no enemy”! With such “peace at all cost,” the Church never stops losing ground, which is now occupied by the enemies of the Church. It is necessary to speak of the enemy of the Church. By nature, the father is the defender of his home; this is his duty. In order to bring vitality to the home, he needs to defend it against adversity. The Christian father is a soldier of Christ who engenders new soldiers of Christ! But what does Democracy want to make of the soldiers of Christ? It fears them! Because there is no longer need of war, there is no longer need of that which doesn’t “drop its weapons and bow” before the democratic religion.

For my part as a psychiatrist, I can tell you that a good marriage begins with a girl who is proud to follow the type of man who will act as the boss, the protector, and she will help him to stay strong because a man is fragile, because man dies.

He dies in war; he dies at the bottom of a mine shaft, or he abandons home, or spends time at the bar, or is subject to unemployment…if he is wounded, he can no longer work, etc. Yes, man is fragile. He is fragile in proportion to his elevated responsibility. If a young lady seeks a young man just for the little seed to throw the man away afterwards, we are no longer speaking of a Christian marriage and this will bring about unhappy people. In practice, each time that one does this, it will produce the same result. Aristotle and St. Paul knew this because it is a natural reality. A father who is not backed up by the mother is in an unfortunate state, whether he is a believer or not.

The father has a natural function. There are many young couples who want to live their lives well. What must they do so that their lives do not end in divorce, abortion, contraception which we see everywhere around us? Each generation is capable of starting off on a good foundation. This good foundation is not the privilege of Christians, but is desired also by those who would like to benefit from this wisdom in their temporal affairs.

In practice, all young couples can begin upon a good foundation, but they must be aware of both the supports and obstacles. In my day, at age seven, I walked alone in Paris and if I was mischievous, any passerby would have scolded me and said: “Stop it, or you will come with me and we will go see your father!” The cohesion of the adult world supported discipline, and one could rely on the secular side, even spontaneously to enforce it. Today, even among those close to us, we have to justify the choices that one makes. This creates insecurity and doubt. The more that one is in a minority, the more that one is in doubt about the way to follow.

Therefore, I conclude and affirm once again that a couple consists of two loving beings with different and complementary functions. This formula has worked in the past and it stills continues to work today. Yet, given the present critical situation, we must be aware not only of the obstacles but also of the supports for family life.