The Awakening of Miss Prim 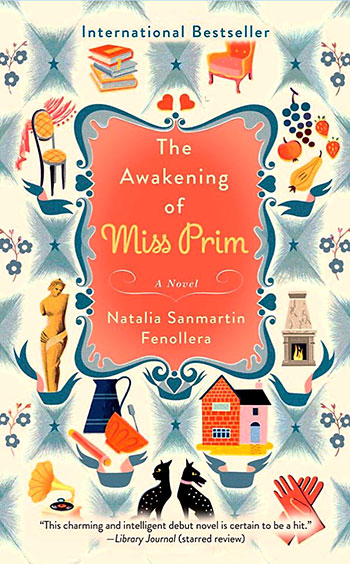 He Is Still Speaking To US

My father touched many souls over the course of his life. He did so first of all, directly in the classes he taught and with the contact he had with students outside of class. He also met many people in his travels and the many speeches he gave. He reached an even wider audience, and continues to do so through his books, The Death of Christian Culture and The Restoration of Christian Culture. Over the years there were so many conversions, there is no doubt in my mind that it was miraculous.

In his teaching, he put into practice those famous words of Newman: “The heart is commonly reached, not through reason, but through the imagination, by means of direct impressions, by the testimony of facts and events, by history, by description. Persons influence us, voices melt us, looks subdue us, deeds inflame us. Many a man will live and die upon a dogma; no man will be a martyr for a conclusion.” He did not teach abstractly, mechanically or scientifically, but poetically, “by the sweet power of music.” He was a Pied Piper who played his music, and so many followed, and still are.

Although he was a wonderful teacher and an author of several great books, one thing my father always wanted to do but never did, was to write a novel. He wanted to put his ideas into the complexities of a plot, and to thus win hearts by the movements of a story. Actually, he did write a novel or two, but he was never satisfied with them, so he threw them away.

At his funeral, one of the most memorable things that Fr. Angles said was: “He is still speaking to us, through his family and friends, through his books, through his many students and followers, and in other ways.” And later he said: “His name is written in the stars.” And now, seventeen years after his death, he is still reaching hearts, and he is speaking again, in a most surprising and mysterious way.

Far away from Kansas, across the sea in Spain, a wonderful woman has now done what my father dreamed of doing. It seems incredible, but somehow she found out about my father and his ideas, and she wrote a powerful and beautiful story, which brings those ideas to life. I am talking about the new novel so many have heard about, The Awakening of Miss Prim, by Natalia Sanmartin Fenollera. Who would have thought that someone could write an international bestseller (now in eight languages and 70 countries) based on the ideas of Chesterton, Newman, St. Thomas Aquinas, and John Senior, and more! It is quite extraordinary.

One’s first impression might be that this is merely a delightful, romantic novel in the tradition of Jane Austen and Charlotte Bronte. But for those with a little more sense and sensitivity, there is much more than superficial pleasantry or nostalgia in this book. It is indeed a delightful book, for comfort and leisure on one level, but it contains much more serious reflection for those who delve a bit deeper.

It is the story of a rather modern young lady who responds to a rather strange ad, and takes a position as a librarian in a odd little village, where people live a slower, more traditional life. Her job is to organize and make a catalog of all the books in the library of “The Man in the Chair.” This mysterious character is a teacher of children in the village, and for those who might recognize him, through subtle hints as well as the way he teaches, he is something like my father, and he also sounds a lot like Chesterton and C. S. Lewis too. He teaches the children Latin, and the 1,000 Good Books! Miss Prim is at first shocked by the behavior of the people in the village, but slowly she comes to be somehow intrigued by it all. At first she thinks the people in the village are at best quaint and odd, and she is quite sure that she is a normal modern girl. But gradually as the story unfolds she comes to realize that it is actually modernism that is strange and odd, not tradition. She had always thought that tradition was old and dead; she comes to realize that it is ever ancient and ever new. Well, without giving away the plot, suffice it to say that it is a very good story.

The best way I can describe how I felt after reading this book is, as usual, through a literary reference. one of my most favorites, and of course my father’s as well.

“The present life of man, O king, seems to me, in comparison of that time which is unknown to us, like to the swift flight of a sparrow through the room wherein you sit at supper in winter, with your commanders and ministers, and a good fire in the midst, whilst the storms of rain and snow prevail abroad; the sparrow, I say, flying in at one door, and immediately out at another, whilst he is within, is safe from the wintry storm; but after a short space of fair weather, he immediately vanishes out of your sight, into the dark winter from which he had emerged. So this life of man appears for a short space, but of what went before, or what is to follow, we are utterly ignorant. If, therefore, this new doctrine contains something more certain, it seems justly to deserve to be followed” (Bede, Historia Ecclesiastica, Bk II, Ch XIII).

This book is delightful, enchanting, inspiring,  . . . while I was reading it I was under its spell, so warm, cozy, familiar, comfortable. While I was there in that village, I was like the little sparrow of Bede. I felt at home, and I wanted to stay.

As Fr. Angles said, he is indeed still speaking to us. He has been heard as far away as Spain, by Natalia Sanmartin Fenollera; he has spoken to her, and now speaks again through her. Somehow she heard his music, sibilis aurae tenuis; she looked up and saw the same stars. I highly recommend this book, and I hereby officially add it to my father’s list of The 1,000 Good Books.